A very emotional Christmas continues in these GENERAL HOSPITAL spoilers! Laura and Kevin’s wedding day gets some good news… and some bad news, Alexis and Julian clash, Stella lashes out at her family, and Nelle collapses on Michael’s doorstep!

After Maxie warned they couldn’t get married because they’d seen each other before the ceremony, Kevin and Laura dismissed the superstition only to find themselves beset with the worst luck ever! But just as things were looking their worst, Laura is delighted when her mother, Lesley Webber, arrives at the church! “Merry Christmas, sweetie!” Lesley declares with a big smile. Unfortunately, they still don’t have a minister to perform the ceremony, and then Nathan announces: “I have to be the bearer of bad news.” Now what?

Julian is determined to turn over a new leaf and also convince everyone in his life that he’s a changed man, but Alexis is still resisting his attempts to reconnect with her. “What is wrong with you?!” she shouts in his face. Is he pushing too hard? 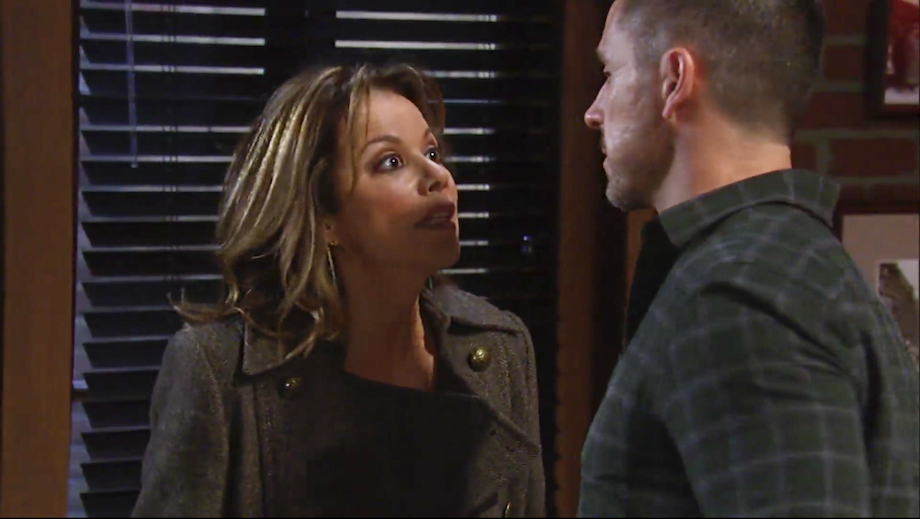 Bad weather has stranded some folks in Charlie’s Pub, and Stella is not happy about it. “If I thought I could make it home in this storm,” she angrily informs Curtis and Jordan, “I’d be out that door right now!” But might being stuck together for Christmas bring the three of them together?

As the Corinthos clan gathers together for the holiday, Jason looks like he’s feeling a little left out of the family bonding. Sonny holds Carly close as he tells someone, “If it wasn’t for you, your mother and I could’ve gone separate ways.” And when Michael opens the door to Nelle, her eyes roll back in her head and she passes out into his arms! Is there something genuinely wrong with the baby or is this just another scheme?

Brandon Barash Mourns the Loss of His Father, Jerry