Dangerous plans are on the verge of falling apart in these GENERAL HOSPITAL spoilers! Valentin demands the truth, Sam questions Liz, Julian worries about the future, and Michael’s plan could be falling apart as more people learn about it!

Having recognized the new bartender at the Metro Court as the same guy from the docks claiming Spoon Island was under quarantine, Valentin loses it! “Who do you work for?!” he shouts, grabbing the man by the lapels and getting all up in his face. Meanwhile, on the island, Peter wonders why Nina would agree to help him escape Obrecht’s clutches. “What’s in it for you?” he asks.

Continuing their investigation into Peter’s whereabouts, Curtis and Sam head to the hospital to talk to Liz. “I have questions about Franco,” Sam announces. But can they locate Franco before he does something foolish? Because he’s at the docks confronting Obrecht. “I know what’s going on,” he promises, “and I’m here to help.” But is there anything he can do to keep Obrecht from going off the deep end? 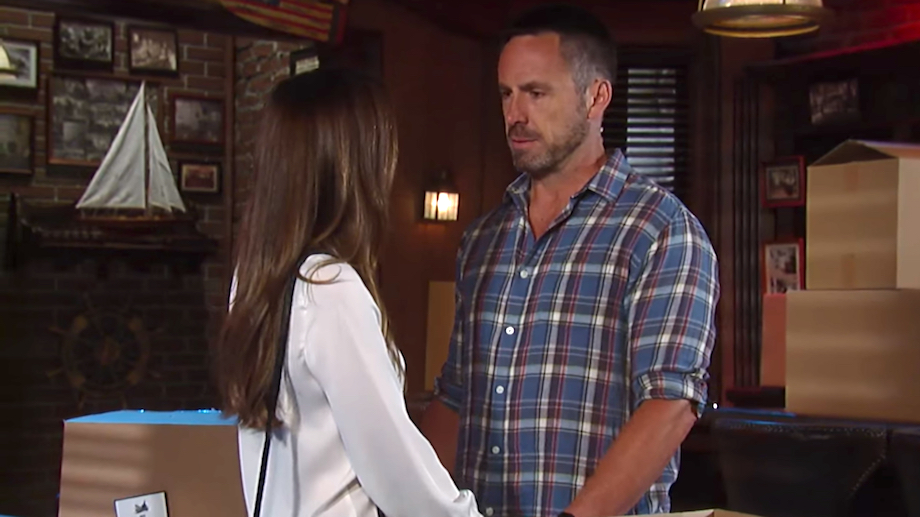 With Julian’s big plans to renovate Charlie’s Pub and a comfortable new relationship with Kim, things seemed to be heading in the right direction for a change. Which is, of course, when things tend to take a turn for the worse! Julian takes Kim’s hands in his own and admits: “Things just got a little more complicated.” But is this an obstacle they can’t overcome?

Chase pays a visit to Nelle in the hospital to offer her a word of warning, but she’s not sure she should listen to anything he says about her new husband. “You think that Michael’s setting me up?” she asks warily. Will he continue to be able to pull the wool over her eyes or might Nelle catch on to their elaborate scheme? Meanwhile, back at his home, Sonny chastises Michael and Jason for leaving him out of the loop. “Don’t you think it’s about time you fill me in on this plan?” he barks.

TK Weaver Awarded for His Work as Danny on GH

Here Are Some Suggestions for a Possible Dante Recast