It’s nearly Michael and Nelle’s wedding day, but in these GENERAL HOSPITAL spoilers, it looks as if the bride-to-be is getting suspicious of being rushed down the aisle! Plus, Nina struggles to keep Peter’s location a secret even as Obrecht struggles with what to do with her prisoner!

Stella has made no secret of the fact that she doesn’t like Jordan and does not approve of her marrying her nephew, Curtis. So what brings Jordan to the hospital to request her help? “I’d like to ask you a favor,” the commissioner says carefully. Does this have to do with the wedding or is this official police business? 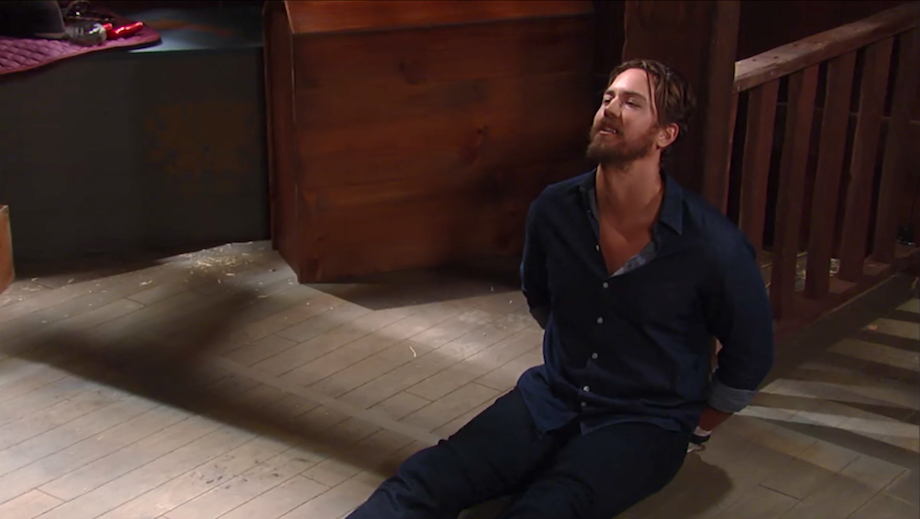 Curtis, meanwhile, is busy with Sam attempting to locate Peter August and they may have a new lead. “I hate to say this, but,” he starts. Sam cuts in and finishes: “Maybe Nina knows something?” And on the docks, outside of the harbor master’s office, Nina catches up with Valentin to prevent him from returning to Spoon Island. “Valentin! Wait!” she calls out. “You can’t go home.” Because in the Wyndemere Stables, Obrecht is feeling the walls closing in on her and is desperately trying to figure out her next move. “I warned you this might not end the way you want it to,” he smiles.

At the Quartermaine mansion, Alexis stops by to see Michael, who wants to settle some legal matters before he makes Nelle his wife. “I just want to get it out of the way,” he tells the attorney. “The sooner, the better.” But from around the corner, Nelle overhears their entire conversation! Is this all part of Michael’s elaborate plan to bring down Nelle, or has he finally slipped up? At the hospital, Mike tries to reassure Sonny by reminding him: “You’re not losing a son, you’re gaining a daughter.” But Sonny seems unmoved. Since he doesn’t know what Michael really has planned, might Sonny try to stop the wedding?