Nelle’s deceit destroyed Sonny and Carly’s marriage, but in these spoilers from GENERAL HOSPITAL, the truth is finally revealed!

Nelle came to Port Charles all sweetness and light, revealing that she was the kidney donor who had saved Josslyn’s life. Grateful, Carly invited Nelle to stick around, first offering her a job as Avery’s nanny and later a position as her assistant at the Metro Court. But after she spied Carly and Jax sharing a kiss, Nelle put her devious plan into motion.

With Jax back in town to share news of Lady Jane’s passing, Carly updates him on all the latest news, including why her marriage is on the rocks. “Sonny slept with my assistant,” she informs him. “That is the worst betrayal.”

MUST SEE: GH’s Ryan Paevey Shares His Most Scandalous Secrets! 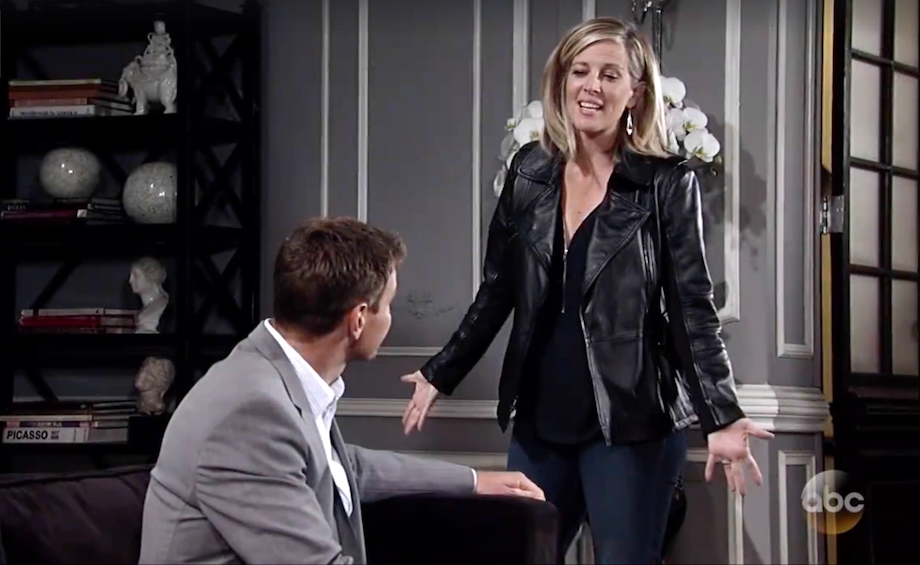 MUST SEE: Ingo Rademacher Reveals His Return to Primetime!

Meanwhile, Sonny tears into Nelle, blaming the young woman for everything that has gone wrong in the past months. “You tore my family apart!” he yells. “Over a lie!”

But Nelle finally chooses to come clean about the night that changed everything for everyone involved. “There’s a reason you don’t remember sleeping with me,” she tearfully admits. “I drugged you.”

Sonny is stunned by this bombshell, but will the truth that Nelle drugged him and that they never actually had sex change things with Carly? Or will his wife still be unable to look past the fact that he has been lying to her since that fateful night?

Check out this dramatic tease for the upcoming drama, and for more GH preview, keep reading the ABC edition of Soaps In Depth magazine!

Nelle’s deceit irrevocably changed Carly and Sonny’s marriage. Will the truth put them on a new path forward? #GH pic.twitter.com/h891HJp3eR

More from ABC Soaps In Depth:

Agnes Nixon’s Memoir is the Book No Soap Fan Should Miss!