It’s time for Michael and Nelle to walk down the aisle in these GENERAL HOSPITAL spoilers, but with both of them plotting against each other, which one of them will come out on top? This is one wedding you will definitely want to RSVP for — it’s going to be killer!

Sam and Drew may be divorced, but she reminds him that they will always share a connection through their daughter, Scout. “We are still family,” Sam promises. Might there still be hope of a reunion, or has that ship well and truly sailed?

All dressed up for Michael and Nelle’s wedding, but still at the hospital, it seems like Lucas has other things on his mind. “The ceremony’s in less than an hour!” Brad argues. At the Metro Court, Lulu confides her suspicions to Ned and Olivia. “Who gets married on Friday the 13th?” she muses. And Ava is still keeping up appearances that she’s supporting Nelle, at least for now! “This is a true love match,” she insists to someone. 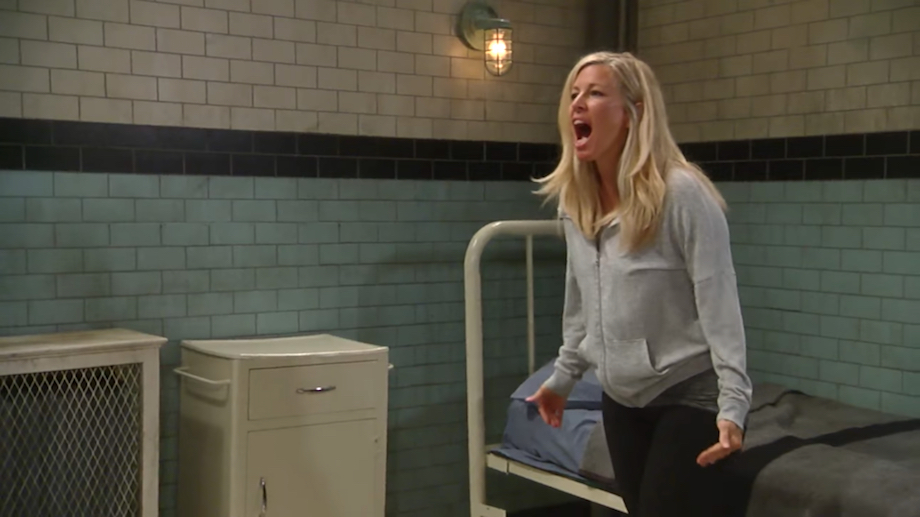 Carly is helpless to save Michael! (Photo Credit: ABC)

As they prepare to head out to the ceremony, Mike has another memory lapse so Jason has to remind him why they’re all dressed up. “Michael’s getting married,” he explains gently as Mike nods. And at Ferncliff, Carly is losing her cool as she realizes there is nothing she can do to stop what is about to happen to her son. “I want out of here!” she shouts. “Open this door!”

At the altar, Nelle plunges a knife directly into Michael’s stomach! Since she’s obviously too smart to try and kill her husband in front of everyone, this is clearly just someone’s nightmare. Or then again, perhaps it’s Nelle’s fantasy of what she’d like to do? One thing’s for sure, this is one ceremony you won’t want to miss!

Check out this tease for today’s thrilling episode, and for more GH previews, keep reading the ABC edition of Soaps In Depth magazine!

Kirsten Storms Said the Sweetest Things About Her Boyfriend!