Patient Six is on the loose in these spoilers from GENERAL HOSPITAL, and everything is about to change! And back in Port Charles, Michael confronts Nelle, Alexis warns Sam, and Jason questions Franco. You won’t want to miss a moment of this!

Nelle claimed she lost the engagement ring that her late fiancé had given her, and Michael took her at her word. But when he stumbled upon the piece of jewelry in her things, he began questioning everything! “You lied,” he says flatly to Nelle. “I want to know why.” Are Carly and Bobbie right about Nelle? Can she be trusted? Or is she still hiding a deep, dark secret that could destroy Michael’s life? 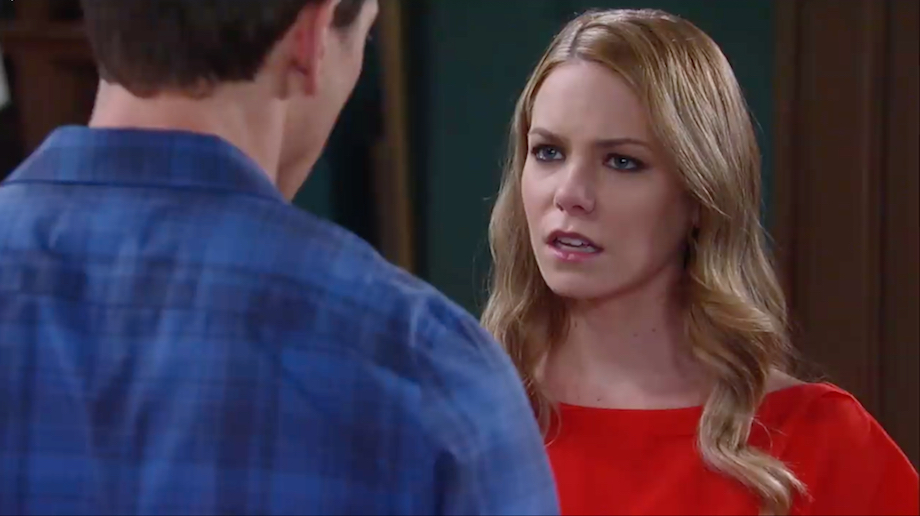 Michael has had enough of the lies! (Photo Credit: ABC)

After Jake reported that Jason heard him talking and singing while in his coma, Franco worried that he also might have heard him during his own visit, wanting answers about his mysterious past. So Franco was understandably nervous when Jason summoned him for a visit. “Why did you visit me in the ICU?” Jason asks him. Can Franco talk his way out of this one? Meanwhile, at GH, Sam has been distracting herself by attempting to set up her mother with Dr. Bensch, but Alexis isn’t having it. “You need to back off!” she warns her daughter.

As an alarm sounds in the Russian clinic, Ava stands in the doorway watching doctors and nurses rush through the halls. “Can you tell me what’s happening?” she asks a nurse. “Is there a fire?” Meanwhile, the doctor is on the phone warning: “Patient Six is strong, fast, and nearly impossible to control.” Dressed in scrubs and barefoot, the mysterious man with Jason’s old face races through some underground corridors but he can’t escape the clinic on his own. “Can you do me a favor?” he begs, his eyes pleading.