The tension is building in these spoilers from GENERAL HOSPITAL and Port Charles had better brace itself for the explosions! As people all over town search for the truth, not everyone is going to like what they dig up!

When Felicia runs into Finn and Anna at the hospital, she immediately gets the wrong end of the stick where their relationship is concerned. “You and Dr. Finn are dating?” she asks, grinning. Anna and Finn exchange awkward glances. But honestly, would it be the worst idea in the world?

Haunted by dreams of his childhood friend, Andrew, Franco wants to find out the truth about what really happened to the little boy he only vaguely remembers. Everyone claims Drew died young, but when he couldn’t find any information about his death, Franco confronts his mother. “Is Andrew still alive?” he demands to know. Will Betsy confess the truth? Does she even know the whole truth? 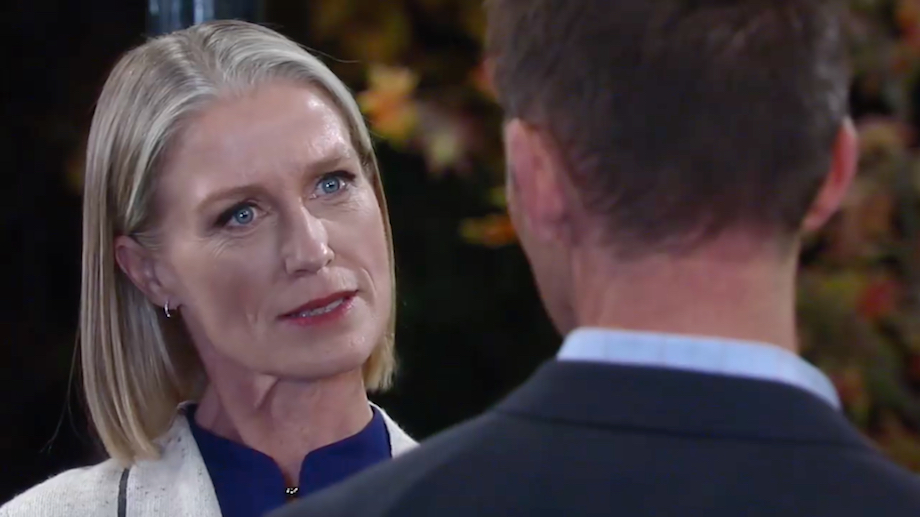 Now that she’s in the same town as Valentin again, Cassandra seems determined to pick up where they left off. “We used to be partners in business,” she reminds the Cassadine. “And in bed.” But Valentin is madly in love with Nina, so he’s going to have his work cut out for him trying to keep Cassandra at bay! Speaking of Nina, she’s learned that Jason has purchased Derek Wells Media, which includes Crimson. “You would be a fool to fire me!” she warns her new boss. But what does Jason have planned for the business?

Josslyn and Oscar are sitting on the patio with their laptops, but are they doing schoolwork or up to something else? “I said we could do this,” Joss promises, “and we will.” Is she trying to search the internet for information about who Oscar’s real father is? The boy looks nervous, almost like he’s afraid of the truth! Meanwhile, Josslyn’s mom has made her mind up. “Now I have to do something about it,” Carly declares to Sonny. What is she up to this time?

Ava invited Patient Six back to her apartment to stay since he’s clearly shaken up and adjusting to being in Port Charles again. But his reaction when she mentioned that Jason had bought her brother’s company has her curious. “Why are you so interested in Jason?” she inquires. What kind of explanation can he offer?

Steve Burton Reunites with Kelly Monaco at GH: “We’re Picking up Where We Left Off”

Lexi Ainsworth and Ashley Jones are Reportedly Out at GH