The plot thickens as the mysterious Patient Six continues to lurk around Port Charles in these spoilers from GENERAL HOSPITAL. As he continues to reach out to the people he remembers, how much longer can he remain in the shadows?

Learning of her mother’s surprise marriage proposal, Lulu advises her mother that becoming Mrs. Kevin Collins wouldn’t be the worst thing in the world. “Maybe you should just say yes and get on with your happy ever after,” she suggests. Meanwhile, Kevin is over at the hospital noticing that Griffin is currently looking totally miserable. “In my professional opinion,” he tells the doctor, “you don’t seem like a man at peace.” Is Griffin already regretting giving up the priesthood for Ava?

Franco finally got his mother to admit that Andrew didn’t die all those years ago, but was stunned to learn that he’d been seriously injured in a fall… caused by Franco himself! But he still needs more answers out of Betsy. “Tell me,” Franco demands. “Where did Andrew go?” Liz had tried to share Franco’s information about Jason’s twin before but clammed up at the last minute because it wasn’t the right time. So when Jason questions her again at the park asking “Is there something I need to know?” will she finally confess what she’s learned? 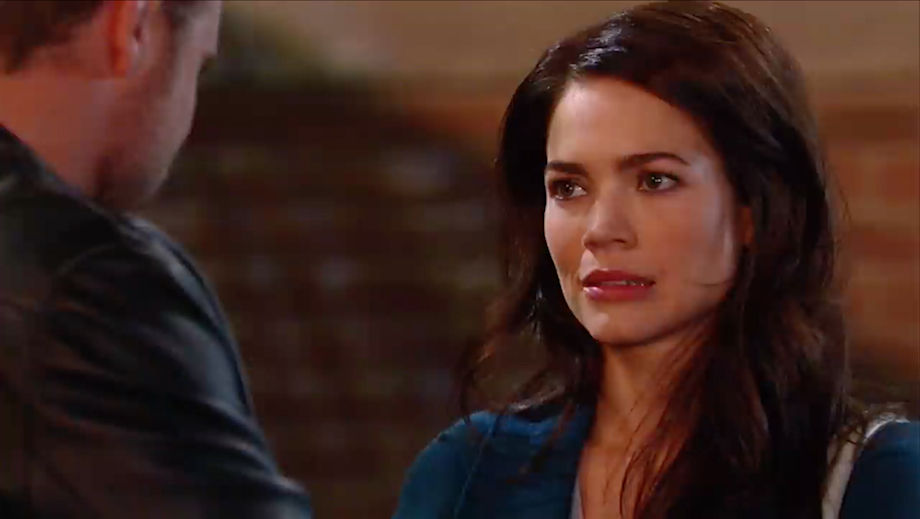 When will Liz tell Jason the truth? (Photo Credit: ABC)

Ava was reluctant to pass Patient Six’s message on to Sonny, claiming he wouldn’t trust anything that comes from her, but she eventually caves and goes to his home to deliver the note. The vixen quickly tries to leave as Sonny glances at the paper but he throws up a hand to stop Ava in her tracks. “Hold on!” he calls out. “Who gave you this?” What, exactly, did Patient Six write to Sonny?

At the park with his mother, Jake hears a noise and turns to ask: “Who’s there?” Liz is facing away from her son, but neither of them can see Patient Six, who is nervously hiding behind a brick wall! Can he give them the slip before either Jake or Liz catch sight of him?

The True Story of Jason Morgan