Lives are about to be changed forever in these spoilers from GENERAL HOSPITAL! Franco has a confession, Michael needs advice, Carly confronts Griffin, and Patient Six has a heartbreaking realization!

Franco approaches Liz with some news. “There’s something I need to tell you,” he reveals. The nurse looks both confused and a little nervous as she waits to hear what’s next. Is Franco finally going to come clean about what he’s discovered about Jason and Drew? Because that would turn Liz’s life upside down!

At the Crimson offices, Nelle confides to Nina about how badly things went with Michael’s family and comes to a realization. “All that really matters to me is… Michael.” The only problem is that Michael may no longer feel the same way about her and he’s over at Kelly’s hoping to get some help from Sam. “I could use your advice,” he confesses. While Sam is off getting them something to eat, Jason is on the phone with the prison to speak to Julian. “I thought I might be hearing from you,” he remarks. What does he want with Julian Jerome? 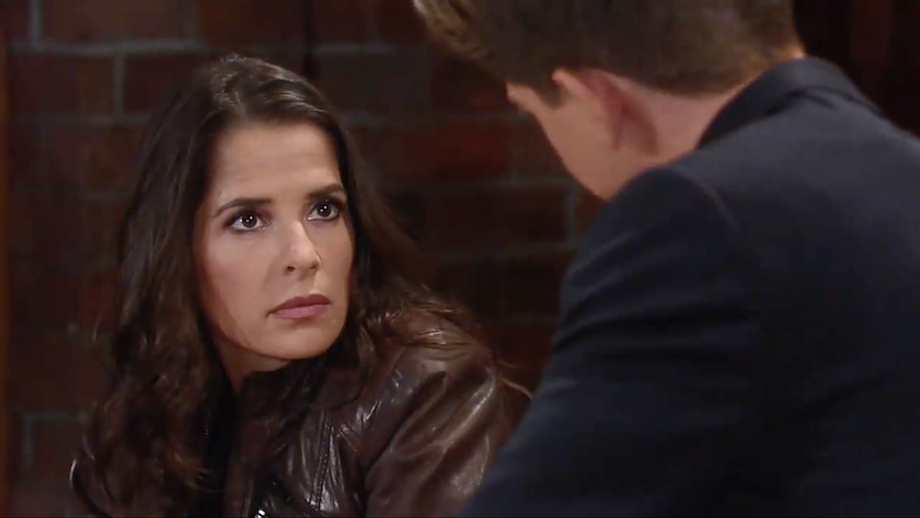 Can Sam do anything to help Michael? (Photo Credit: ABC)

At the hospital chapel, Carly and Sonny are shocked to learn that Griffin has grown so close to Ava that he has been offering her emotional support throughout her entire ordeal and even went to Russia to rescue her! “What could you possibly see in her?” Carly seethes. Will being forced to explain his relationship with Ava finally make Griffin admit to his own feelings for her?

On the ship headed for America, Patient Six is stunned to see a newspaper that reveals that it’s now 2017. “Might I ask,” Huxley says from the chair where he is tied up, “what’s so important about the date?” Patient Six is just frozen in shock as he realizes just how long he’s been away and how much time he’s lost with his loved ones. How much longer before he can finally get home?