It’s confession time in these spoilers from GENERAL HOSPITAL, but not everyone is going to come clean! Liz, Sam, and Franco have had their lives turned upside down now that there are two Jasons running around Port Charles, but it’s even worse for the two men who both insist that they are the real Jason Morgan!

Chet wanted Maxie’s help in getting Amy off his back, but instead, she blasted him for being selfish and ungrateful because his sister was the one who paid for his medical bills with her work as Man Landers. Chet was stunned, and when Amy enters the apartment with Nathan, she decides to admit the truth to her brother. “I’m ‘Ask Man Landers’ she tells him hesitantly. Will this change Chet’s mind and make him realize he owes her everything?

Elizabeth makes a phone call to tell someone that she needs to see them, but who is on the other end? Meanwhile, Nina sits down with Sam to find out how she feels about having two husbands and of course, Sam continues to put on her usual brave face. “So what are you afraid of?” Nina asks, curious. Will Sam finally open up to someone? 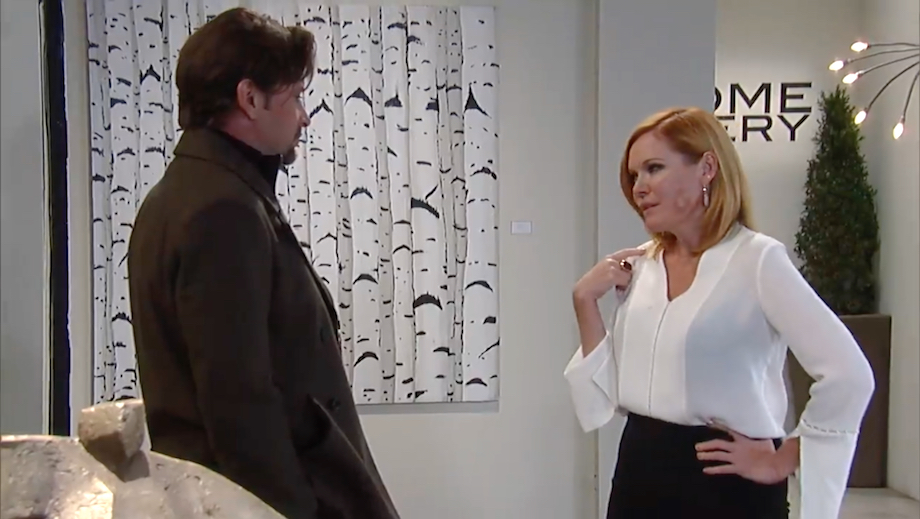 At her art gallery, Ava can’t resist needling Franco now that his girlfriend has a second ex in the picture. “What’re you gonna do now that you’ve got two Jasons?” she taunts. Franco may have thought he was helping his relationship with Liz by burning the evidence that could prove which of the two men is the real Jason Morgan, but he may have just made the situation so much worse!

Curtis is working out at the gym when Jason arrives, hoping that the one friend in town who still believes in him can do something to help. “Did you find the evidence I need to prove I’m Jason Morgan?” he asks. Meanwhile, Patient Six has gone out to the bridge to clear his head and runs into a familiar face. “It’s me,” he insists. Will this person also be quick to believe that Six is the real Jason Morgan back in Port Charles at long last?