People are coming and going in these spoilers from GENERAL HOSPITAL, and futures could change forever! Robin’s back in town, and she’s got a lot of questions, especially for her mother. The two Jasons could impact ELQ, and Cassandra makes a move on Sonny!

Robin was stunned to encounter Patient Six and eventually came to believe that he was the real Jason Morgan. But she also has some family issues to deal with now that she’s back for a visit, namely Anna’s new man! “Emma and I couldn’t wait,” she informs Mac and Felicia, “to vet Mom’s new boyfriend!” Robin turns to face Anna, who smiles at her daughter. Will Robin be able to see through the facade?

At the Quartermaine mansion, Ned warns Michael that they need to have a very important conversation. “You and I need to have a little chat about Jason, his twin, and the future of ELQ.” After changing his name from Quartermaine to Morgan, Jason never really wanted anything to do with the family business. But now that there are two Jasons, maybe one of them does? 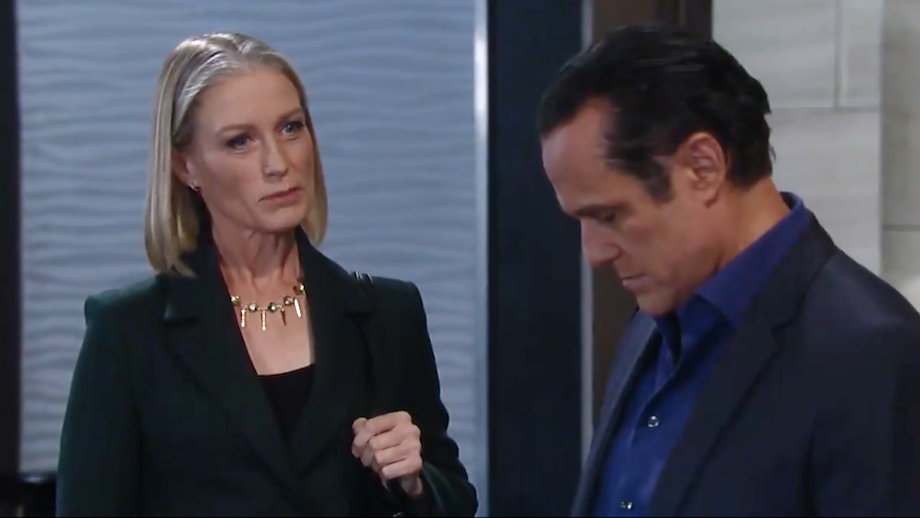 What does Cassandra want from Sonny? (Photo Credit: ABC)

Finn finds Chet working out at the boxing gym and makes another attempt to get the military vet to admit that he has a drug problem. “It’s not too late to fix things,” he assures Chet. But will Finn’s words have any effect? And the source of the drugs, Cassandra, looks like she’s trying to make a power move in Port Charles as she approaches Sonny. “Just the man I’m looking for,” she declares.

Patient Six stops by the Quartermaine mansion to give a quick update to Monica. “I wanted to say goodbye,” he informs her. But where does he think that he’s going, and will Monica let him leave when he’s only just returned?

The True Story of Jason Morgan!