Decisions are being made in these spoilers from GENERAL HOSPITAL, but so are mistakes! Have Ava and Griffin gone too far? Who will Julian sell his company to? And how will Patient Six react when he learns what’s happened while he’s been away?

Ava was stunned when Griffin finally acted on his feelings for her and the two ended up in bed together! However, after having sex, Ava is immediately hit with a revelation. “This was a mistake,” she informs the doctor. Can Griffin persuade Ava to give him a chance? Considering he’s abandoned the priesthood for her, it’s the least she can do!

Cassandra is on her way to Port Charles so that Finn can treat her at General Hospital, but he’s still not thrilled about being a part of Anna’s scheme to dig up dirt on Valentin Cassadine. “I just want this to be over with, Anna,” he complains. But he may be in too deep now to get out! 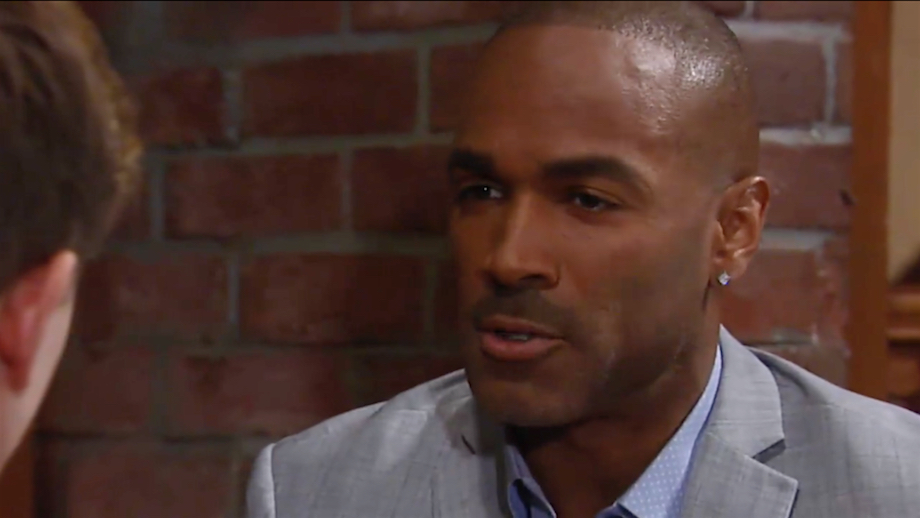 Curtis warns Michael that Nelle might not be as innocent as he thinks… (Photo Credit: ABC)

Nelle is growing frustrated with everyone always assuming she was responsible for her fiancé’s death. “I’m never gonna be able to convince people I’m innocent,” she cries to Michael. And while Michael hired Curtis to help clear Nelle’s name, what the guy has to tell him might change his opinion of his girlfriend! “Maybe there’s something Nelle don’t want me to find out,” Curtis confides to Michael of the roadblock he’s encountered.

Valentin pops into Nina’s office at Crimson to announce that he’s making a big move. “I’m about to buy Derek Wells Media,” he reveals. However, Jason returns to Sam to finally reveal what he’s been working on that could change their future. “You’re buying a media company?!” Sam responds, stunned. If Jason contacted Julian about selling his business, does that mean Valentin is out of luck? Or will this become a battle that Jason may not be able to win? Meanwhile, as he prepares to head home, Patient Six wants to prepare himself for his arrival now that he knows that five years have passed since he left. “I’m just trying to catch up on what I missed,” he explains. But is he really ready for the whole truth?