Patient Six is back in town in these spoilers from GENERAL HOSPITAL and things are about to explode! Plus, Franco gets a surprise even as Jason promises Sam they’ll figure out what’s going on with him. And Michael confronts Nelle about her lies!

Franco’s life has been in turmoil every since he learned the truth that Jason has a twin brother, Drew, that he never knew about. Keeping a lid on that particular secret has caused him no end of stress. And things take another turn when he wakes up to find an unexpected visitor in his bedroom! “What are you doing here?” he asks.

Curtis’ Aunt Stella is settling down in Port Charles and claims to be okay with his dating Jordan, but Jordan herself isn’t entirely convinced. “Should we prepare ourselves for World War Three?” she inquires over breakfast at Kelly’s. Will Stella continue causing problems for the couple, or are they just being paranoid? 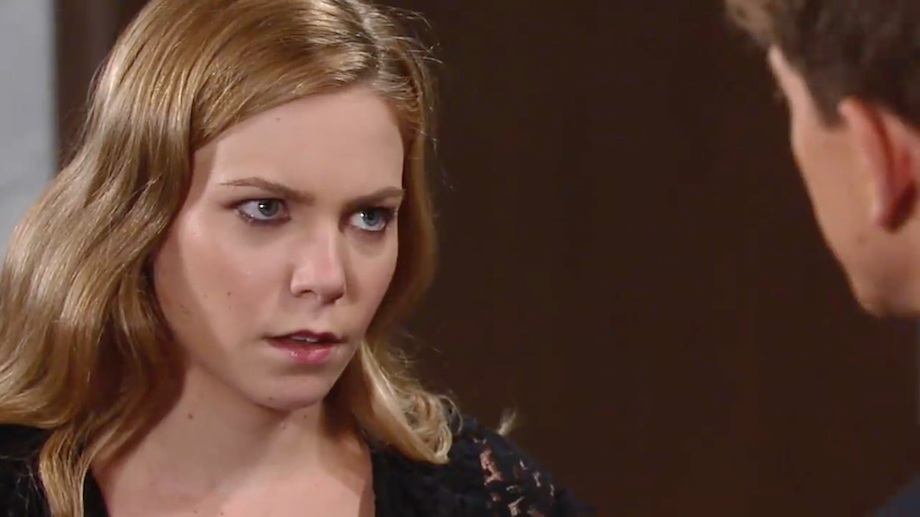 Michael hired Curtis to investigate Zach’s death and prove Nelle’s innocence, but his sleuthing uncovered some information that would seem to indicate the opposite! Nelle had claimed that her fiancé died while they were kayaking because she wasn’t a strong enough swimmer to save his life, but Curtis discovered that she is actually a champion swimmer! Michael heads immediately to the Crimson office to confront his girlfriend. “Why did you lie to the police?” he demands to know.

Sam is still reeling from the news that Jason has bought Derek Wells Media and wants them to run it together, but there’s still the matter of the secret that Franco is keeping from them to deal with as well. “Whatever Franco’s hiding,” Jason promises his wife, “we will get to the bottom of it.”

As Sonny’s surveillance expert, Brick knows what he’s talking about, so Sonny has reason to worry when the guy reports to him. “You are under surveillance,” Brick confides. But who is spying on Sonny? Meanwhile, Patient Six has finally arrived in Port Charles, and immediately runs into trouble! Of course, he’s not easily subdued, and soon enough is holding a gun on someone. “You’re gonna make a call for me,” he orders. But who does he want to speak to first?