Orecht’s plan to torture Peter could lead to his death in these GENERAL HOSPITAL spoilers! Plus, Curtis and Jordan are quizzed about their upcoming wedding, and Sonny worries about how his father’s actions could affect his future!

Stella runs into Jordan and Curtis at The Metro Court and can’t resist prying. “When’s the big day?” she asks the happy couple. Is Stella really going to let her nephew marry Jordan, or will she do something to try to put a stop to it?

Having learned from Peter that there is a flash drive containing Drew’s memories out there somewhere, she’s determined to check out his story to see if it’s true. But when she runs into Drew, he can see that there’s something seriously wrong. “I am definitely not okay,” Nina admits. Will she tell him what she’s learned? Meanwhile, at the hospital, Maxie checks in with Lulu. “Are there any new leads on Henrik?” she wonders as Lulu frowns in response. 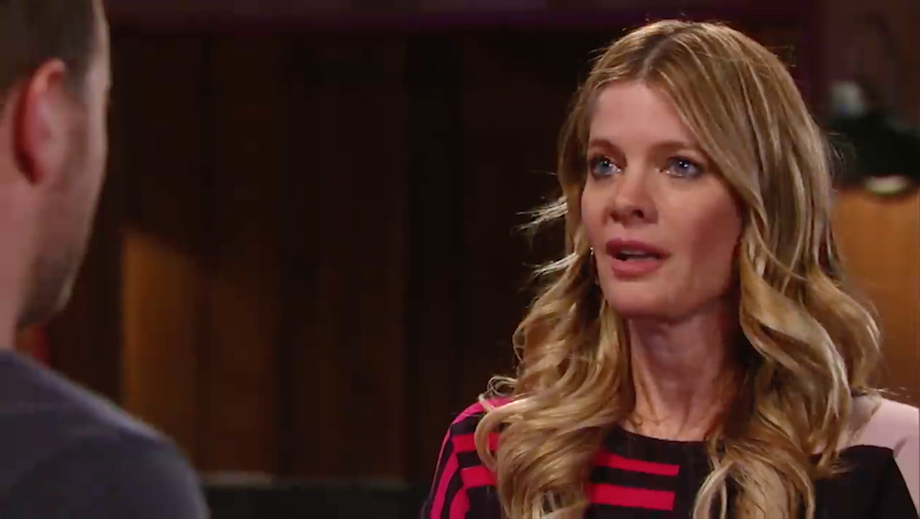 After hearing Peter’s shouts from nearby in the woods, Kim tells Julian: “Someone’s in terrible trouble.” But Obrecht dismisses their worries. “There are no rattlesnakes here,” she insists. However, in the shack, Peter struggles to escape his bonds as a rattlesnake coils itself on the bed next to him! Can anyone rescue him in time?

At Pozzulo’s, Sonny struggles to process Mike’s revelation that he’d witnessed Sonny disposing of a body for Joe Scully back in the day and took care of it for him. “I need to get on with my life, Dad!” Sonny cries. Did Mike’s interference just make things worse for his son?

All the Pics from John Stamos’ Return to the GH Studio