The Nurses Ball is getting underway, but in these GENERAL HOSPITAL spoilers, the drama isn’t all on stage! Curtis worries Stella could ruin his plans, Sam snoops around Peter’s office, and Valentin fears Peter will do something horrible to Anna!

Julian is blown away when Kim arrives at the Nurses Ball. “You look… spectacular,” he exclaims as she walks down the red carpet towards him. Could this be a special night for the couple?

Curtis gets nervous when he sees that his Aunt Stella is attending the ball as Mike’s date. “So, you plan on sticking around the whole night?” he asks her. Will her presence make him reconsider his plans to pop the question to Jordan? Meanwhile, Chase apologizes to Jordan, admitting: “I hope I didn’t ruin a surprise or anything.” 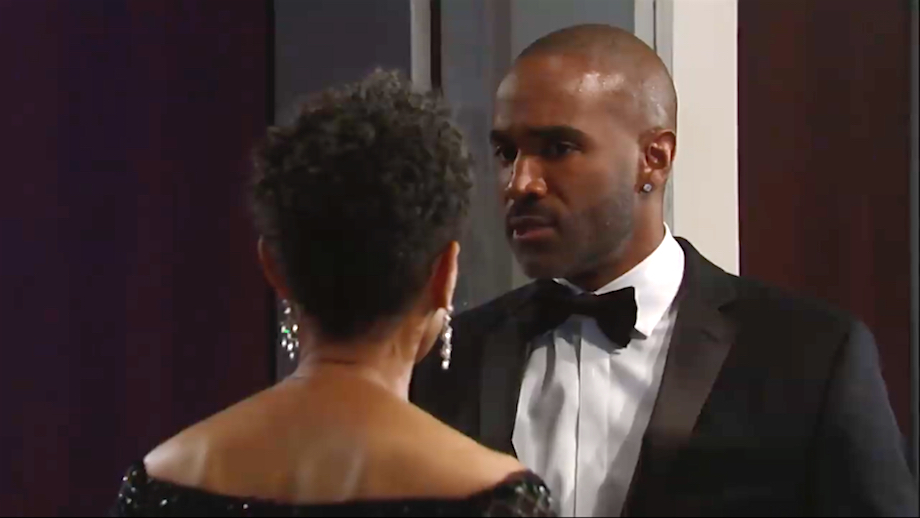 While everyone is gathered downstairs in The Metro Court for the main event, Sam has slipped away upstairs to the Aurora Media offices to do a little sleuthing in Peter’s office. “Okay, Peter,” she whispers, rubbing her hands together in anticipation. “Let’s see what you’re hiding.” Might she stumble upon something that will reveal Peter is Henrik? Or has he been too careful?

Visiting Anna and Robin’s table at the ball, Finn wonders if there might be another tango in their immediate future. “Will you be entertaining us this evening?” the doctor asks Anna. But the spy’s got more to worry about that being pushed on stage to dance again. Peter wants to make sure that she never learns his true identity. “I’m gonna deal with Anna Devane myself!” he hisses to a stunned Valentin. Can the Cassadine stop him from doing something foolish?