Sonny is fighting for his life in these spoilers from GENERAL HOSPITAL, but he’s not the only one. Jason may have rushed Sam to the hospital, but it may already be too late to save her!

Having tied a tourniquet around his leg to try and keep himself from bleeding to death from the bullet wound in his leg, Sonny realizes he’s too weak to climb out of the hole that Sam kicked him into. “Is somebody out there?” he calls out desperately. “Hello!” Meanwhile, back at Sonny’s home, Michael enters and wonders if something’s wrong. “Is everything okay with Dad?” he asks Carly. And over at the police station, Jordan stops Dante to inform him: “I just got some news concerning your father.” Can anyone rescue Sonny in time? 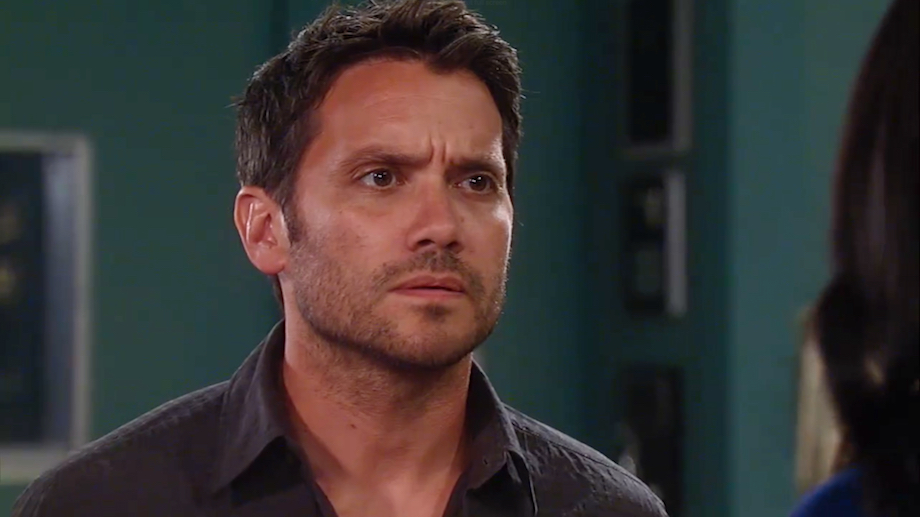 Curtis pays a visit to the hospital to visit his Aunt Stella, but she’s a little upset when he fills her in on some current events. “When did you and Jordan decide to call it quits?” she asks. Has she changed her tune about their relationship? Or is she secretly very happy to hear about this?

Elsewhere at the hospital, Griffin consults with Finn about Sam’s condition. “What’s going on?” he asks a harried-looking Finn. “Do you have a diagnosis?” The doctors will have to come up with answers quickly because whatever’s wrong with Sam that’s been causing her hallucinations and erratic behavior could end up taking her life! In her room, an unconscious Sam has another violent seizure and Jason struggles to keep her from hurting herself. “Help!” he cries. “We need help in here!” What is wrong with Sam, and can she be saved?

Don’t miss this thrilling tease for today’s episode, and for more GH previews, keep reading the ABC edition of Soaps In Depth magazine!

See the First Photo From Bradford Anderson’s Return to GH!