The drama explodes in these spoilers from GENERAL HOSPITAL!

Jordan was stunned when Stella marched into the Port Charles Police Department to confront her about passing off Shawn’s child as Thomas’ in front of everyone, but the woman isn’t done yet! “I know what kind of woman you really are!” Stella shouts, waving her finger in Jordan’s face. Just then, Curtis comes rushing into the station shouting, “That’s enough!” Can he get his Aunt Stella to back off of the woman he loves?

Josslyn’s plan to have a few friends over while her mom is out of town looks as though it’s about to spiral out of control! Her friend gets off the phone and casually remarks, “I just texted the guys to bring some beer.” Josslyn freaks out, her eyes going wide as she exclaims: “What?!” . Can she keep a lid on things or is Carly going to return from Puerto Rico to find her house trashed? Maybe she can call Michael for backup?

MUST SEE: Bryan Craig Says a GH Return “Is Not Impossible!” 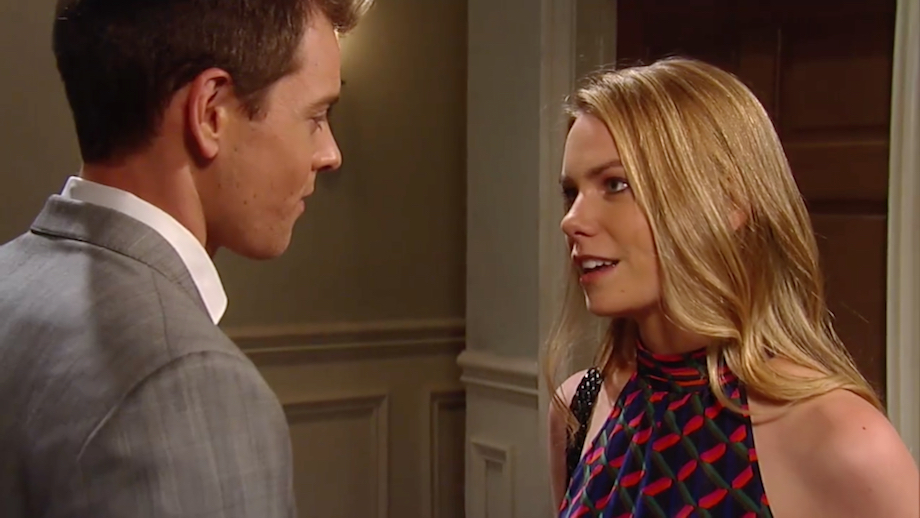 Michael and Nelle continue traveling the slow road back to each other. “Joss is lucky to have you in her life,” she smiles. “And so am I.” Is Nelle genuine about turning over a new leaf, or will Michael regret giving her another chance?

Sam visits the Quartermaine mansion to get things in order so she can join Jason on his trip, but Monica questions her erratic behavior. “Why this sudden urge to go to Puerto Rico?” she asks. How can Sam explain that she’s having crazy visions about Jason and Sonny and she feels the need to rescue her husband before something terrible happens to him?

Things on the island in Puerto Rico are already taking a deadly turn as Carney appears at the resort to take his revenge on Sonny! The two men struggle over the gun as Carly backs away in terror. “Sonny!” she shouts as a shot is fired. But who was hit by the bullet?

Laura Wright Opens up About Her Divorce and New Romance!

Maurice Benard is Dancing With Excitement and We Can’t Stop Watching!

Why Nathan and Amy’s Publisher Looks So Familiar!