Things are heating up in these spoilers from GENERAL HOSPITAL — and we mean that literally!

Ned’s bachelor party takes an unexpected turn when a fire breaks out in a trash can! Will the celebration be forced to end before it’s barely even begun? After Stella collapses, Curtis rushes to his aunt’s side as Jordan watches, horrified. “Stella!” Curtis cries, grabbing her hand and shaking her shoulder. “What just happened?!” Is there something wrong with his aunt or is she just faking to try and keep him away from Jordan? And elsewhere at the Metro Court, Laura reminds Olivia that all work and no play makes the bride-to-be a dull girl. “It’s your bachelorette party,” Laura insists. “Take a night off!” 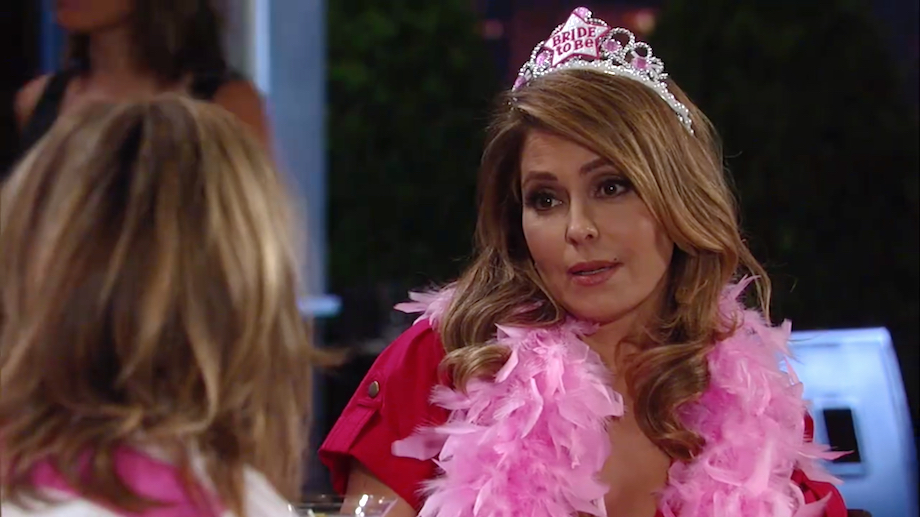 MUST SEE: Steve Burton Dishes His Return to GH!

At the hospital, Elizabeth tries to reassure Jason that Sam’s erratic behavior is nothing to worry about and it’s all just the stress of being a new mom. Something Liz knows from experience! “When she gets back on a regular sleep schedule, she’ll be as good as new,” the nurse promises. But what they don’t know is that Sam, suffering from another one of her delusions, has walked into Sonny’s restaurant and stabbed him! Is this just another one of her hallucinations or did she really plunge a knife into Sonny’s stomach?! And over at Carly’s house, she confronts Josslyn. “We have to talk,” she informs her daughter. “It’s about your father.”

Kirsten Storms and Ryan Paevey Preview What’s Next for Maxie and Nathan!