Many residents of Port Charles are having a hard time escaping their pasts in these spoilers from GENERAL HOSPITAL. And for some of them, things are only going to get worse!

Jared has threatened to expose Hayden’s past if she doesn’t pay him off, and it looks like he’s starting to do just that when he introduces himself to Finn. “Hayden and I used to be married,” he declares with a smug grin. Finn shouldn’t have a problem with his fiancée’s ex showing up, but it’s what Jared knows about Hayden’s criminal past that could change everything!

Over at the Quartermaine mansion, Dillon thinks he knows what’s bothering Ned. “How long are you gonna pretend like you don’t want Michael’s job?” he asks his brother. Ned just smiles. Does he actually want to take over ELQ? And out in the foyer, Olivia confesses to Monica that she’s finding it difficult to adjust to being Mrs. Quartermaine. “I am never gonna be a part of this family,” she laments. Can Monica find a way to make Olivia feel welcome? 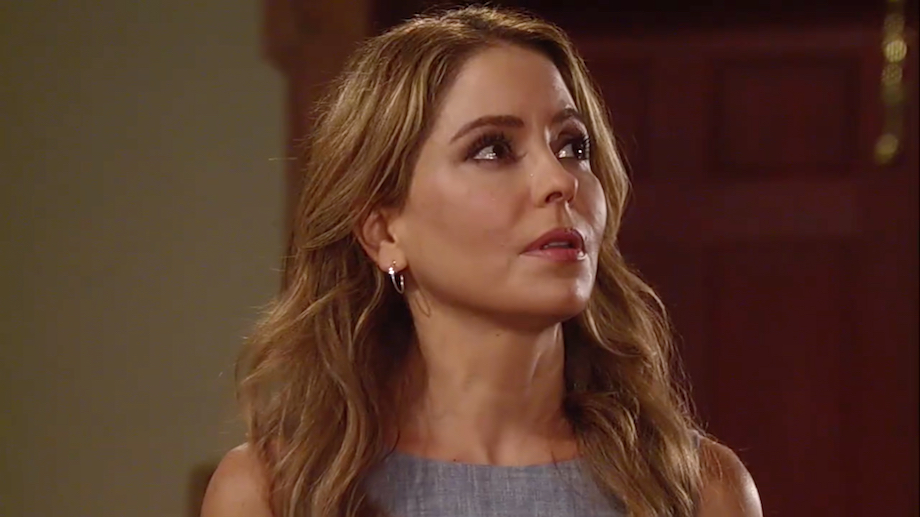 The cops are still investigating who shot Sonny and left him for dead at the distillery, but Carly can’t stop herself from nosing around herself, questioning Michael and Nelle about the necklace that led them to Sonny’s location. “How did you get that shell casing to begin with?” she wonders. And over at Kelly’s, Oscar is stunned when Josslyn tells him exactly what her necklace was made of. “I gave you a necklace made from a bullet?!” he asks.

At the hospital, Deana checks on Sam only to find Jason standing in the room by himself. “Where’d she go?” she asks as Jason shrugs. They don’t realize that Sam is over in Sonny’s room paying him a visit and finally remembering exactly what she did to him! “Sonny, I left you there to die!” she cries, wiping tears from her eyes. Sonny should be able to forgive Sam, considering she wasn’t in her right mind at the time. But can Sam ever forgive herself?

William deVry Reveals He’s Done at GH but Wants to Come Back!