Sonny may have finally met his match in these spoilers from GENERAL HOSPITAL! And of all people, it’s… Sam?!

Summoned to a distillery with a briefcase of money to exchange for Spencer, Sonny found himself alone. Calling out to the kidnapper, a gunshot rang out and Sonny fell to the ground! Garvey came out of the shadows to retrieve the briefcase, but Sonny suddenly jumped up and shot him back! One step ahead of his enemy, Sonny revealed that he was wearing a bulletproof vest and threatened to kill Garvey if he didn’t tell him where Spencer was being held.

Sam showed up just after Garvey gave up the information Sonny was after. He asked her to call Jason and headed for his car, but then Sam pulled out her own gun and warned Sonny that Jason will never help him again! Now, Sonny kneels crumpled on the ground in agonizing pain. “I know it wasn’t you, Sam,” he groans. “You didn’t mean to do this.” 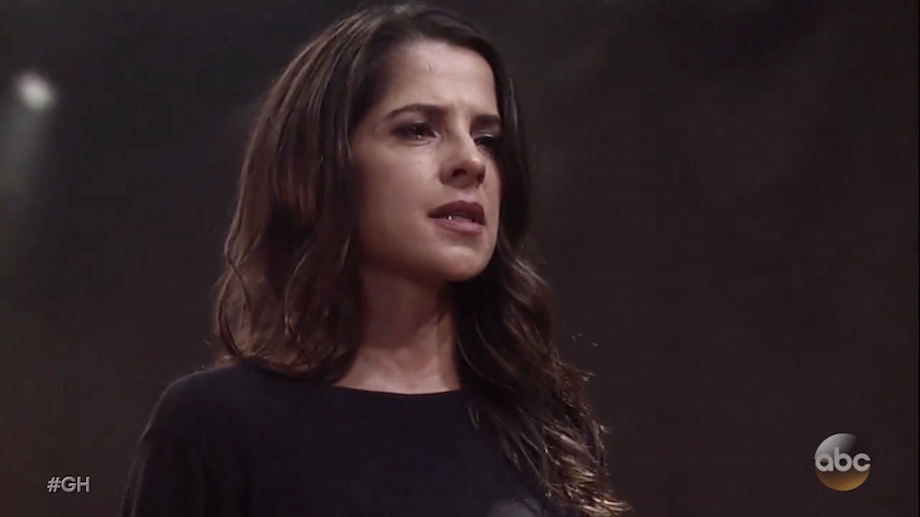 “Yes, I did,” Sam declares coldly, walking slowly towards the mobster. Sonny looks up at her as Sam kicks him hard in the chest, sending him tumbling down backward through an opening into an underground storage area! She looks down to see Sonny lying unconscious below her and then strides away purposefully, leaving him for dead!

Sam’s delusions have been terrifying, but now they’ve made her do something even more horrific! Will she come to her senses and realize what she’s done, or can someone else discover Sonny before it’s too late?

Vanessa Marcil Is Shopping for the Perfect Wedding Dress!

Laura Wright’s Interview of the Twins Who Play Avery on GH Is the Cutest Thing Ever!