Sonny wants to get out of “The Business,” but in these spoilers from GENERAL HOSPITAL, it looks like it’s not going to be easy. Lives will be put in danger, and before the week is out, someone will be shot!

“It’s over!” Sonny insists to a disbelieving Jason. “I’m giving up the territory and getting out of business.” But ending an empire will come with a hefty price, and Sonny may not be the only one who pays! Discussing Sonny’s plans with Jason, Carly warns, “He’s gonna leave behind a lot of unhappy people.” But while there isn’t anything Carly can do to help, Jason can offer support to his friend in need. 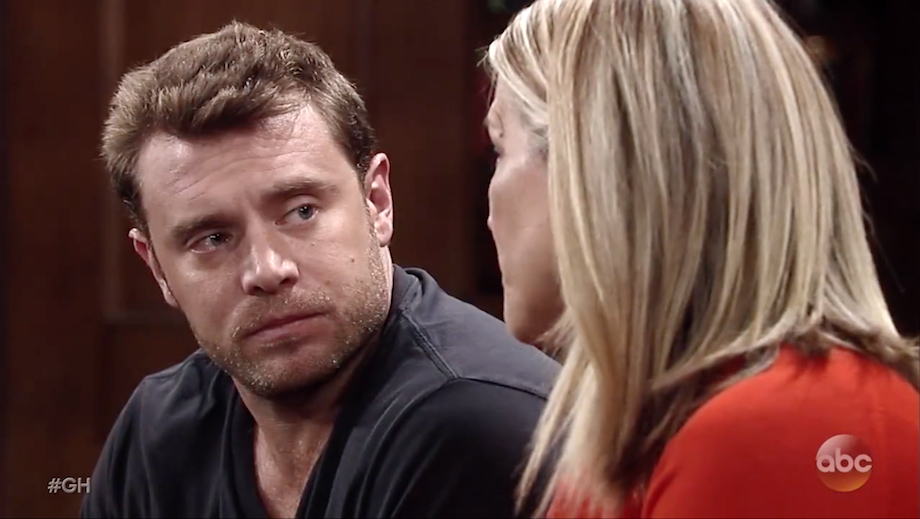 MUST SEE: Robert Palmer Watkins Reveals: “It Was Not My Decision to Leave the Show”

With Sonny leaving organized crime, there are plenty of people who would like to step in and take over his territory. And an injured Sonny may not be able to fight back! He’s expressed interest in having Max take over, and his friend and bodyguard is by his side as things go seriously south in the warehouse. Max throws Sonny a gun as they find themselves under fire. Sam bursts in and Jason is also there holding his own firearm. “Get out of the way!” Jason shouts.

Sonya Eddy Shares Selfies From the Set… But Not at GH!