People are saying and doing things they won’t be able to take back in these spoilers from GENERAL HOSPITAL!

Outside of Kelly’s, Alexis and Julian sit at a table together. “Maybe I was meant to run into you,” he remarks casually. Alexis’ expression is inscrutable. Will his persistence break down her resistance and win her back? Kiki pays another visit to her mother in the hospital and is upset at what Ava insists. “You really want me to go?” the young woman asks, “but not come back?” Will Ava regret pushing away those she loves (considering there aren’t too many of them)?

Hayden approaches Curtis to announce: “I have a job offer.” Could the expectant mom be ready to hire some professional help to investigate what’s going on with Finn? At the hospital, Griffin watches as Obrecht reacts to Finn’s startling accusation! “You believe someone to be sabotaging your career?” she asks, surprised. 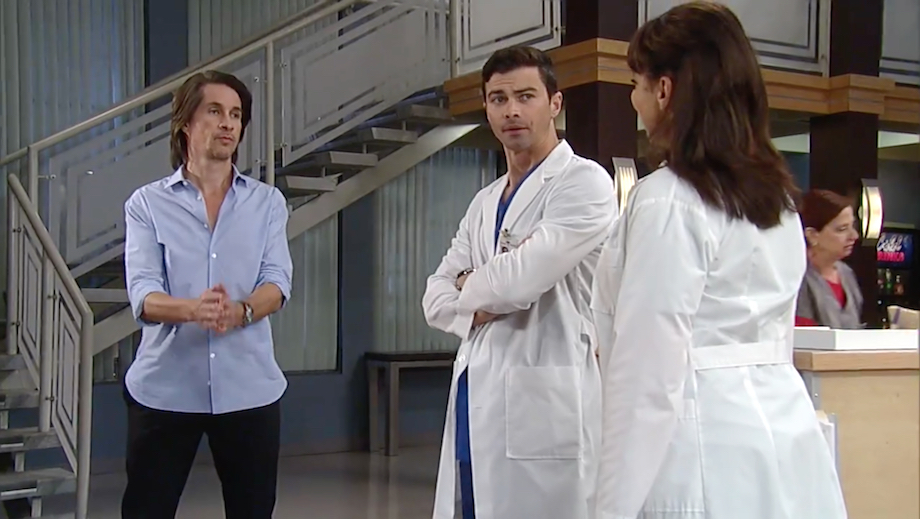 With her mother out of town, Josslyn is having a party with some friends, but with the drinking and the hot tub, things could be getting a little out of control. “Oh my God!” she exclaims, looking past Oscar, who asks, “What’s wrong?” Meanwhile, Michael and Nelle’s evening takes a passionate turn until he suggests they put on the breaks. “We should stop, shouldn’t we?” Michael wonders. But Nelle says no and pulls him back into her arms. And in Puerto Rico, although Carly has admitted her feelings for Sonny, she continues to keep him at arm’s length. “I hate —“ she starts to say before Sonny interrupts his wife and suggests: “Me?” Can these two say what they really mean and fix what’s broken? Or is it already too late?

Check out this tease for today’s surprising episode, and for more GH previews, keep reading the ABC edition of Soaps In Depth magazine!

Kristen Alderson Would Love to Return to GH as Starr!

The True Story of How Haley Pullos Broke Her Arm!