Nelle is getting ready for the next stage in her plan to drive Carly crazy in these GENERAL HOSPITAL spoilers. And despite Carly’s protestations, Sonny worries that his wife could be heading for another nervous breakdown!

When Drew comes upon Oscar in the park, he’s concerned about his son. “Are you okay?” he asks. Oscar looks up at him and frowns. “I have to tell you something,” the teen confesses. Meanwhile, at the hospital, Oscar’s mom, Kim, reacts badly when Julian butts in. “You can’t get in the middle of this,” he warns. Kim just gives him a look like, “Are you crazy? You can’t tell me what to do!”

After discovering Nelle’s disappearing ink trick, Carly wanted out of her crazy scheme, but Nelle blackmailed her into staying involved. “What in the world do you have in store for Carly?” Ava asks, both curious and concerned. Nelle just smiles wickedly, looking like the cat that ate the canary. 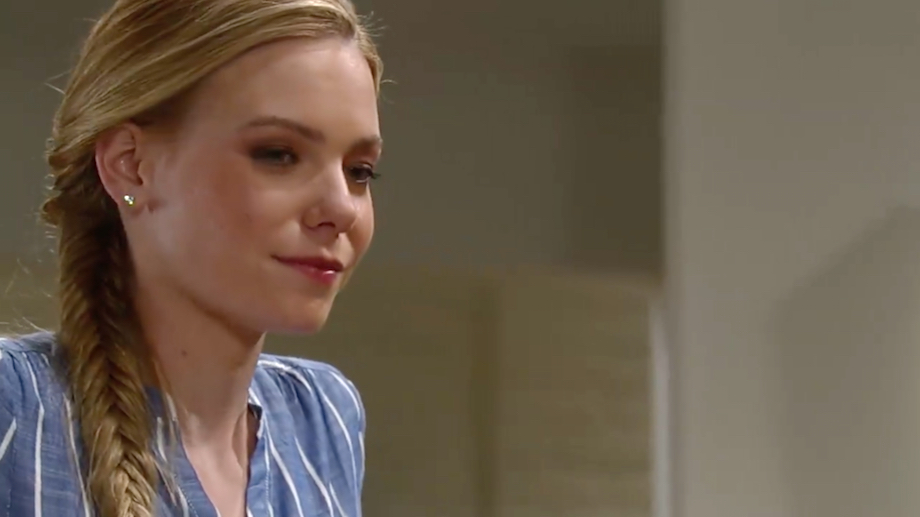 What is the next stage in Nelle’s evil plan? (Photo Credit: ABC)

At the Metro Court, Carly admits to Josslyn that she’s trying to make nice for Michael’s sake, but adds, “Nelle doesn’t make it easy.” The teen gives her mother a look. “What did she do now?” Joss asks. And over at the gym, Sonny and Michael take a break from working out to discuss Carly and her tenuous grip on reality. “A loss like Morgan,” Sonny worries, “Anything can set it off again.” Can anyone figure out what Nelle is up to before Carly really does have another breakdown?

Who Is Peter August? — Wes Ramsey Speaks Out! (EXCLUSIVE)