Everyone has questions in these spoilers from GENERAL HOSPITAL, but not everyone will get answers. And some who do get answers might not like what they hear!

Kiki decides to pay her mother a visit, but still healing from her terrible burns, Ava isn’t in the mood to entertain company. “I’m not going anywhere,” Kiki declares firmly. Can she get through to her mother? Meanwhile, at the hospital, Griffin takes a call and replies: “I’ll be right over.” What’s the crisis this time?

Blackmailed by her ex-husband, Hayden is desperate to keep her past from destroying her future with Finn, so she heads to the prison to visit an inmate. “I have to ask you something,” she admits, “and I need you to be honest with me.” But will she get the answers she’s hoping for? 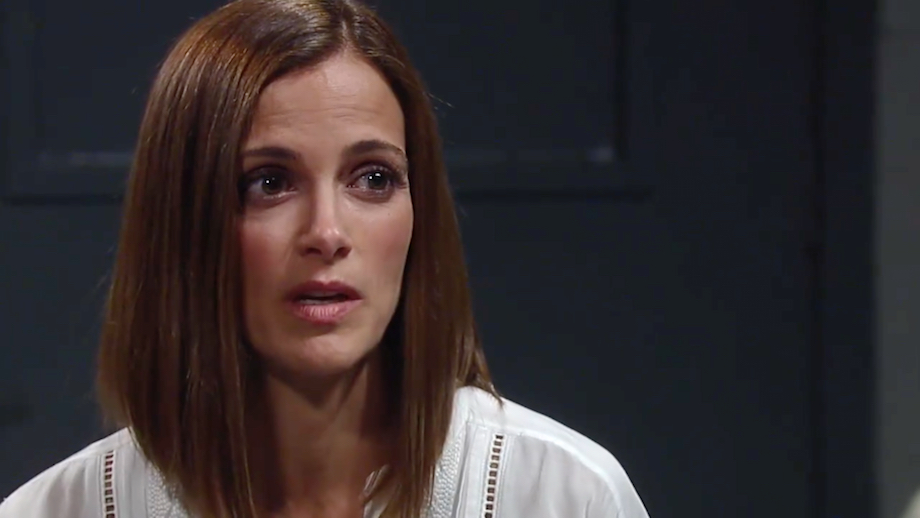 Hayden is trying to put the pieces together. (Photo Credit: ABC)

MUST SEE: Kin Shriner Opens up About His 40th Anniversary as GH’s Scotty

Finn enters Sam’s hospital room to announce, “Are you ready for some good news?” But when he sees her in a panic, the doctor immediately grows concerned. “Sam, is something wrong?” he asks. And over at Sonny’s bedside, he’s out of surgery and on the mend, so it’s time for Dante to question his father about exactly what happened. “If it wasn’t Garvey who shot you,” the cop inquires, “was there someone else there?” Sonny’s eyes are fixed on Jason standing at the foot of his hospital bed. Will he reveal that Sam was the one who left him for dead?

William deVry Is Done at GH but Promises: “I Want to Come Back!”