Port Charles is about to explode in these spoilers for the coming week on GENERAL HOSPITAL! Since returning to town, the mysterious Patient Six has been hiding in the shadows, but that is about to come to an end. However, when he reveals himself, the people who are hunting him take action and there could be deadly consequences!

At Sonny’s home, Patient Six comes down the stairs and calls out to him. The mob boss spins around to come face to face with a man who has the same face as Jason once did, and pulls his gun! Patient Six also defends himself by aiming his weapon at Sonny, but insists: “It’s me!” But will Sonny really believe this man’s claim that he is the real Jason and the one who has been in Port Charles for years has been an imposter?

As the town comes together for a gala benefit, the party will definitely be taking some unexpected twists and turns! “Everything is starting to unravel,” announces Andre. On a rooftop, Patient Six kicks his way through a skylight — is he trying to come to the rescue? Because at the Metro Court bash, Doctor Klein’s goons whip out their guns and order everyone to get down! 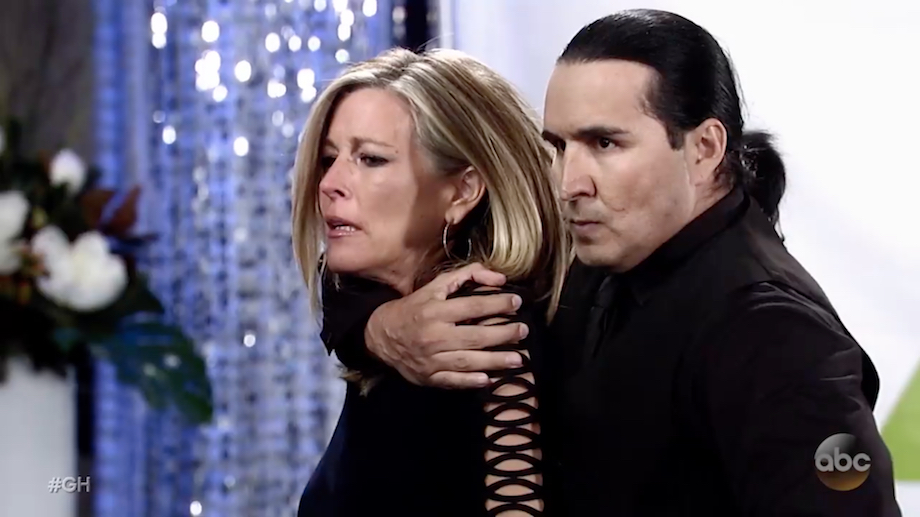 As everyone screams and scrambles for safety, Carly finds herself taken hostage by one of the gunmen! But Sonny is also armed and points his weapon at the thug. “Put that gun down,” he warns carefully before shouting: “Now!” Who will escape with their lives? And how will everyone else react to having two Jasons in Port Charles?

Don’t miss this tease for the thrilling week coming up, and for more GH previews, keep reading the ABC edition of Soaps In Depth magazine!

Everything You Need to Know About Jason Morgan

Lexi Ainsworth and Ashley Jones Reportedly Out at GH