Carly has been shipped off to Ferncliff but in these GENERAL HOSPITAL spoilers, Sonny has a plan to get her back! Plus, Kiki goes forward with her sexual harassment case against Dr. Bensch, and things at the hospital are going to get very dangerous!

With Liz sitting at her side, Kiki assures Alexis that she is prepared to face the consequences of going public with her accusations against Dr. Bensch. “I’m ready for whatever comes my way,” the young woman declares. Meanwhile, at the hospital, having gotten wind of Kiki’s situation, Franco steps in and threatens Dr. Bensch! “I think that you know what I’m talking about!” he shouts as he grabs the doc by the collar and throws him up against the wall in the locker room! Ava is also stunned to hear about what her daughter has been going through and confronts Griffin in his office. “Is this why you and my daughter have been inseparable?” she asks. 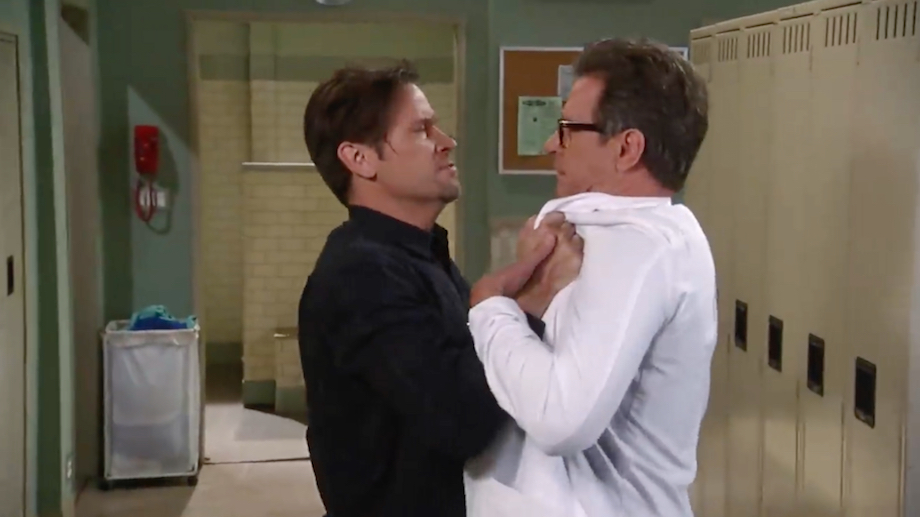 At Charlie’s Pub, Sam and Curtis tries to bring Nina in on their investigation. “We need your help to catch Henrik,” Curtis confides. Nina glances nervously over at Sam, as though she’s considering spilling everything she knows. Will she reveal the truth before Obrecht does something even worse than break her prisoner’s arm?

Settling into her room at Ferncliff, Carly sits on the edge of her bed as one of the hospital’s employees gives her the rundown. “Now’s a good time to discuss The Cliff’s rules,” she warns. Meanwhile, at Pozzulo’s, Jason has shared with Sonny his idea, and now Sonny sits Mike down at a booth to let him know what’s up. “We might be able to use your idea,” Sonny informs his father. Curious, Mike asks: “To do what?” With a determined look in his eyes, Sonny declares: “To bring Carly home.” But what is their plan, and can it possibly work?

"I'm ready for whatever comes my way." #GH55 pic.twitter.com/pmZzQJmq14

Maxie and Chase a Couple on GH? — Vote Now!