Spencer is still missing, but new clues could lead to his rescue in these spoilers from GENERAL HOSPITAL. He’s not the only one in danger, though — Valentin is being threatened by Jason, and someone is gunning for Sonny!

Eager to get to know the boy that Josslyn likes, Carly urges her daughter to let her meet him properly. “Call Oscar,” she insists, “and invite him over.” Unfortunately, Oscar is a little bit busy right now over at the police station! Valerie brings the teen over to Dante’s desk and announces, “This is Oscar Nero. He has some information on Spencer Cassadine.” Does Oscar know something that could help the cops locate the kid?

MUST SEE: The Changing Casts of GH Through the Years 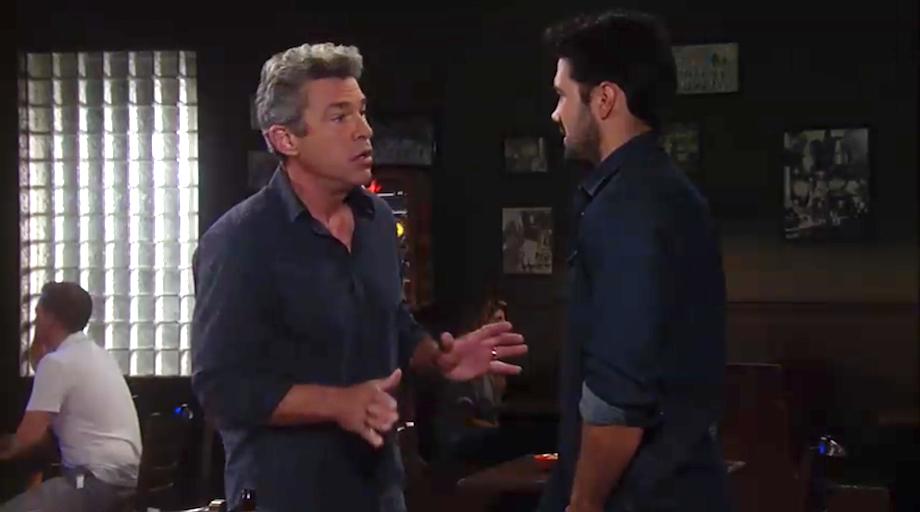 Mac has big news to share with Nathan but makes him vow to keep it a secret just between them. “Swear you won’t tell another soul,” he insists. “Especially Maxie!” Nathan’s been keeping plenty from his wife, so what’s one more secret?

Having forcefully abducted Valentin from the docks, Jason holds him prisoner in an undisclosed location tied to a chair. “You’re going to tell me where Spencer is,” Jason warns, pulling out a knife. “One way or the other.” But does Valentin actually know anything, or is he telling the truth when he swears he’s not behind the child’s kidnapping? After getting a text with a photo of Spencer trapped in a basement, Sonny heads to the docks for a mysterious meeting. “You don’t want to come out?” Sonny shouts into the darkness. “You afraid to meet me face to face?” But then a gun is drawn and a shot is fired! Who’s pulling the trigger and who gets hit?

Laura Wright Interviewed the Twins Who Play Avery and it Was the Cutest Thing Ever!