The mystery of the two Jasons is on the verge of being solved in these spoilers from GENERAL HOSPITAL! Jordan pleads with Andre to reveal what he knows, Sam wonders about Jason’s connection to Kim, and Patient Six and Sonny question Obrecht for answers!

Kim has kept Oscar in the dark for years, but now the teen has had enough. “I can’t stand not knowing who my father is!” he cries to his mother. Will Kim finally come clean? Or is there a good reason why she’s kept Oscar’s true paternity a secret for his entire life? Meanwhile, Josslyn’s efforts to help Oscar learn the truth continues to put her in hot water with her own mom! “You snuck out again last night!” Carly scolds.

In Cuba, Curtis and Jordan have tracked down Andre, but the shrink refuses to return to Port Charles and help put an end to the mystery. After threats didn’t work, Jordan decides to turn on the charm and remind Andre of the relationship that they shared together. “Show me that I wasn’t wrong about you,” she pleads. Can she persuade him to do the right thing? 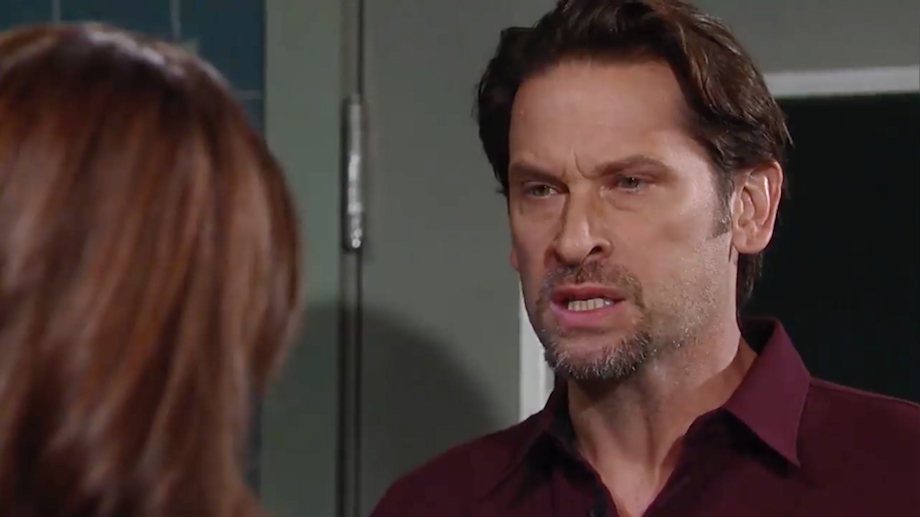 Franco has been on edge ever since Patient Six showed up and he found himself with two Jasons that Liz could potentially leave him for. And the fact that he destroyed a piece of evidence that could prove the true identities of Jason and Patient Six is just making things worse, causing him to lash out at his girlfriend. “What’s going on?” he snaps. “Why are you taking his side?”

Sam is still curious about what Kim and Oscar might have to do with Jason, and asks her husband: “Did you figure out how you know his mother?” Meanwhile, Spinelli is back in Port Charles, and comes face to face with Patient Six. “It’s you,” he smiles. But there’s business to be done, as Sonny and Six confront Obrecht, who they hope could have some clues about what happened after Faison shot Jason and pushed him off the docks. “Jason Morgan was reputed to be a valuable asset,” Obrecht reports. Does she know what really happened?