Sonny’s world is closing in on him and it’s time to fight back in these GENERAL HOSPITAL spoilers. But with his daughter’s custody, his father’s Alzheimer’s, and his wife’s “haunting”, will it be too much for him to handle? Can he win on all three fronts or will one or more of these battles cause him to suffer a devastating loss?

The first fight is for custody of his daughter, Avery. Ava has made it very clear that she wants to sue for full custody of their little girl in order to keep her safe, but Sonny would do anything to protect that child. Despite everyone arguing that Mike shouldn’t be held responsible for wandering off with Avery because of his condition, Ava has remained adamant that she keep Avery away from Sonny’s family. Just how far will he go to get his daughter back? 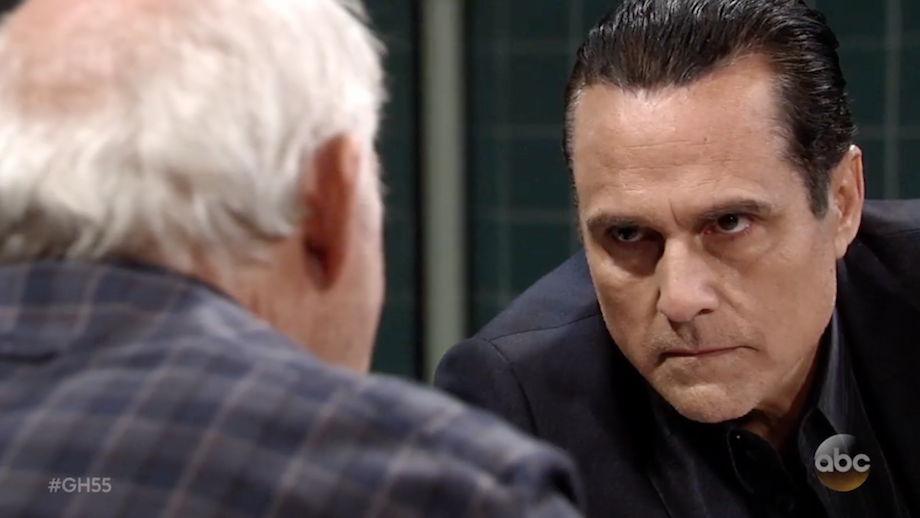 Sonny has also been struggling to take care of his ailing father as Mike’s Alzheimer’s slowly strips him of his memories and everything that makes him himself. “You’d do well to forget me,” Mike suggests to his son. But despite all the bad blood in their past, they are family and Sonny is determined to do whatever he can to make his father’s life as happy as possible until the end. But is Sonny in over his head?

Meanwhile, Sonny has had trouble accepting Carly’s claims that someone is trying to torment her with memories of Morgan because there has been no physical evidence. And she was not happy when he suggested it was all in her head. “Why, exactly, did Sonny want you to see me?” Kevin asks when Carly stops by his office at the hospital. What will it take for Sonny to offer his wife the support that she so desperately needs?

Check out this tease for the emotional week to come, and for more GH previews, keep reading the ABC edition of Soaps In Depth magazine!

If you Missed the End of Yesterday’s GH, Watch it Here!

GH Preview: The Julian/Kim/Drew Triangle “Could Get Very Messy”