Port Charles is full of mysteries in these GENERAL HOSPITAL spoilers, but will any of them be solved? Cassandra is missing, but did Finn really kill her? Or does Valentin know something he’s not telling? And who is Nathan’s father, really? Plus, Spinelli has new information to help with Sonny and Jason’s investigation!

Anna was stunned when Finn awoke in his hospital bed insisting that he’d killed Cassandra, but seeing as how he had been drugged, he may be mistaken. “What was the last thing you remember?” Anna asks him. But can she trust anything Finn claims happened?

At Charlie’s, Maxie doesn’t understand why Obrecht is so twitchy, remarking: “Nathan’s father is dead and gone.” But since nobody but Dr. O knows the truth about who Nathan’s father really is, that might not actually be true! What will it take for someone to get the truth out of Obrecht? 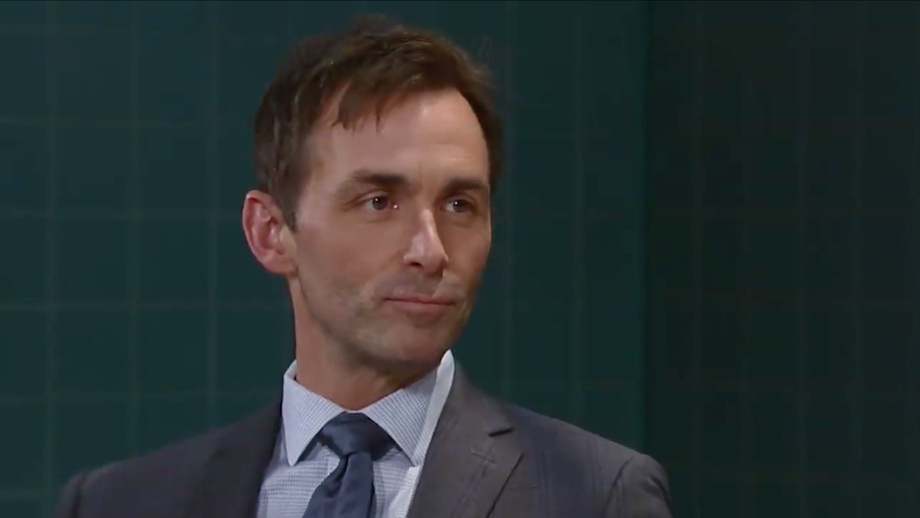 Does Valentin know something about Cassandra’s disappearance? (Photo Credit: ABC)

Nathan pops by the hospital on official business, informing Amy: “I need to check up on Cassandra Pierce.” Meanwhile, Lulu finds Nina at Charlie’s Pub and tells her Valentin could be in hot water again. “I just saw Valentin at the police department,” she reports, “and he was in trouble.” And at the station, Valentin sits in the interrogation room looking like butter wouldn’t melt as Dante and Jordan press him for information. “What can you tell us about Cassandra Pierce?” Jordan demands.

Sonny and Jason have been trying to get to the bottom of the mystery surrounding Jason and Drew’s memory swap and Faison’s involvement in it, but so far all they’ve hit is a series of dead ends. However, their luck may be about to change as Spinelli has some good news! “That one lead sparked two more,” he reveals. Could they finally be on to something?

Check out this tease for today’s mysterious episode, and for more GH previews, keep reading the ABC edition of Soaps In Depth magazine!

Yep! That Was Greg Evigan Meeting With Ned and Michael on GH!

See How the Stars of GH Rang in the New Year