It looks like the truth is finally going to be exposed in these spoilers from GENERAL HOSPITAL! Yeah, Alexis is having relationship drama, and Ava has a heartbreaking choice to make, but the big news is that Andre is back in Port Charles and knows the truth about which of the two men is Jason Morgan and which is Andrew Cain!

At the hospital, Alexis is still wary about getting involved with Dr. Bensch, especially now that Julian is out of prison and back in her life again. “I don’t want to take advantage of you,” the doc assures her, “if you’re on the rebound.” But might Alexis throw herself into a relationship with Bensch just to try and convince herself she’s over Julian for good?

Griffin pops by Ava’s apartment, and it seems that while he’s accepted Ava’s past, he’s not crazy about Julian’s. “Are you asking me to choose between you and my brother?” she wonders. If it came down to it, would Ava choose her new boyfriend or her family? Meanwhile, now that he’s out of prison, Julian is catching up with folks, and someone opens their door to see his smiling face. “Miss me?” he grins. 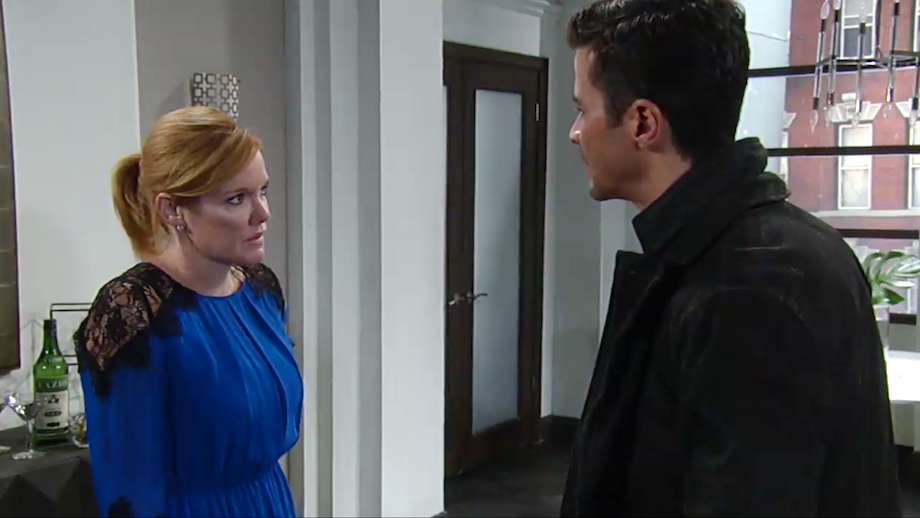 Does Ava have an impossible choice to make? (Photo Credit: ABC)

Liz seems to have been able to convince Franco that she loves only him, and he has no reason to be jealous of either Jason, but that’s not going to be the end of this. “I need to know what Andre did to them and why,” she muses. Standing behind her, Franco twitches nervously. Because if Liz finds out that he helped cover up the truth, she may never be able to forgive him!

Jordan and Curtis were able to drag Curtis back to Port Charles, and with all the interested parties gathered around him at the police station, Diane asks what everyone else is thinking. “So you know which of these men is Andrew Cain and which is Jason Morgan?” she demands. Andre looks sick to his stomach as all eyes fall on him. This is the moment of truth — in more ways than one!