After escaping captivity and making his way home, GENERAL HOSPITAL’s Jason was crushed to find wife Sam in love with his surprise twin brother. And while she’s finally confessed her love for Jason, their future still rests in her hands. Caught up in a heated love triangle, Steve Burton looks forward to seeing how it all plays out for his character, Sam and Drew. “We’d been in a bit of a holding pattern, but after we jumped from the construction trailer and Sam said she loved me, that shifted,” he related to Soaps In Depth in character. “Things are obviously different now — manopause has passed!”

The actor was joking about the emotional turmoil he’s played since Jason awakened to find his brother living his life. “You come back to a situation like that, and it’s awful — especially because someone did this to us,” Burton sighed. “There was no one to be angry at, and Sam was in the middle. And she still is!”

While Jason’s hope was renewed, he wasn’t about to start pressuring his ex. “Some people want Jason to fight for Sam, but that’s just not how he operates,” Burton insisted. “Since going to work for Sonny, he’s put everybody in front of his happiness. Plus, you’ve got to be realistic: She thought he was gone and was with this other guy! So he wants her to take her time and figure out what makes her happy.” 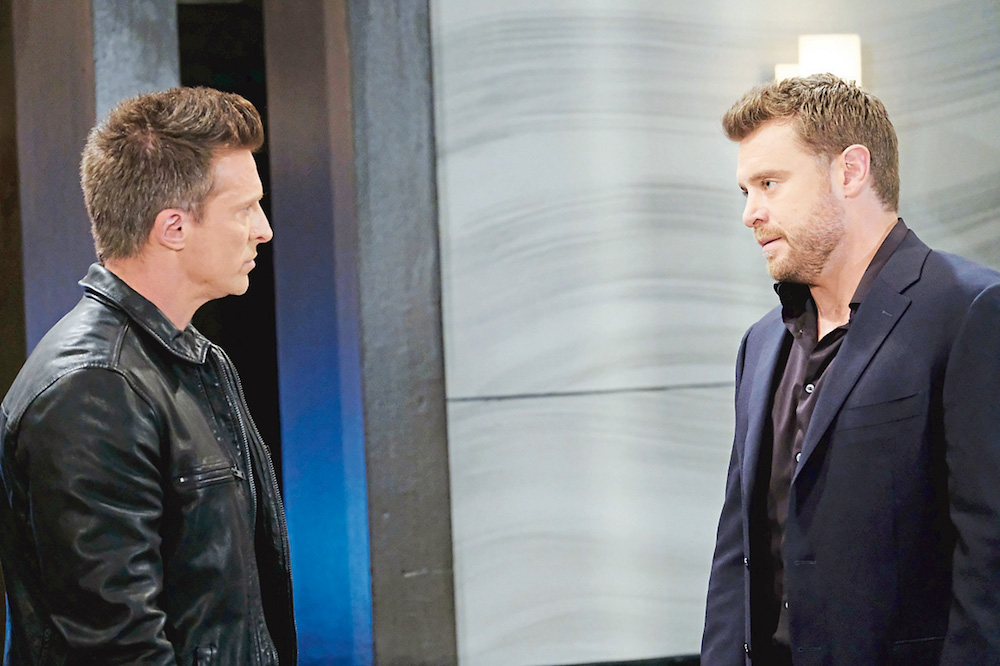 ”I don’t mind him being the angry one,” Burton chuckled of Drew. (Photo Credit: ChrisD/jpistudios.com)

With Sam torn between twins, Burton doesn’t expect Jason and Drew to become buddies anytime soon. “I don’t think either brother is focused on the other,” he maintained. “It’s not that they don’t care — there’s just too much going on. ‘I want a relationship with my brother!’ is 100th on the laundry list. Obviously, I feel bad for Drew, and Jason does too. But it’s just going to play how it plays out.”

That’s an awfully zen outlook for the hit man to take. “I don’t know if that’s part of my life coming into Jason, but I see that,” Burton agreed with a chuckle. “Jason’s slower to anger now. He’s not as hair-trigger as he used to be.”

While Drew has stewed since learning his life was a lie, Jason’s had a different perspective. “It’s pretty bad when your wife is married to another guy… but things could have been worse,” Burton suggested. “Besides Morgan, everybody is alive — including Robin and Jake! In the business Jason and Sonny are in, everyone could have been dead.”

While Jason fell right back into hero mode and his close relationships with Sonny, Carly and the rest of his Port Charles family, he’s remained off kilter without Sam. Now that she’s said those three little words, however, “I think it’s going to make things a little lighter between us, believe it or not,” said Burton. “That kinda starts to get us back to where we were. We’re seeing those elements that made people fall in love with Jason and Sam to begin with,” he concluded. “We get to start over… if that’s where we are heading! Sam still has to figure out what she wants.”

How You Can Watch the 2018 Daytime Emmy Awards on TV