Back in 2012, Steve Burton left his wildly popular role of Jason Morgan on GENERAL HOSPITAL after 21 years to spend more time with his family. But a year later, he’d taken a job over at THE YOUNG & THE RESTLESS where he won a Daytime Emmy Award for Outstanding Supporting Actor for his work as Dylan McAvoy. However, in 2017, he also left that soap to return home to his clan. “Being home, I saw what I’d been missing,” Burton confided to Soaps In Depth. “And how hard my wife’s job is!”

Burton had his hands full being Mr. Mom to this three kids, Makena, Jack, and Brooklyn, but didn’t mind one bit! “I coached, took my daughter to her piano lessons,” he reported, “took my children to school, and got to do all these cool things I never got to do when I was working so much.”

Happy Easter! He is Risen! Much luv to you and your families from ours! Have a great Sunday!! Peace. 🙂 pic.twitter.com/yJnII1b15M

However, after a while, he soon found himself itching to go back to work, and some of the changes at GH were quite the incentive to lure him back. “When I left, the production schedule didn’t have 17 weeks of hiatus,” Burton explained. “Having that much time off makes a huge difference. I still get to spend time with my family. Plus, GH was my home, and I missed it. So the stars aligned and it worked out.”

Burton prepared for his comeback by watching old clips of him and his co-stars on YouTube, but nothing could have prepared him for his return to the soap’s studio. “I was at GH for 20 years but only went back to visit once,” he admitted. “So driving into the studio and through the gate again was surreal. It felt like the first time… but I’d obviously been there! So it brought back all kinds of good memories. And now I’m back working with the cast and crew again. It feels like home.” 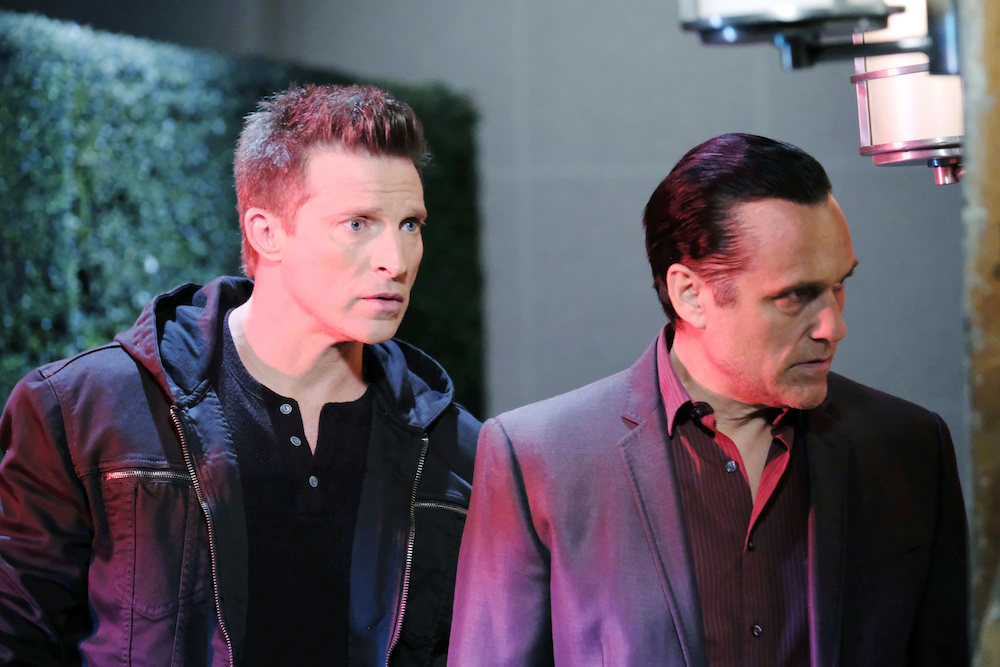 The return of Burton as the mysterious Patient Six immediately threw fans into a passionate debate about which of the two men claiming to be Jason Morgan is right. And the actor urges fans to stay tuned because they’re not going to want to miss a single moment as the mystery unfolds. “They’re doing a great job telling this story,” Burton enthused. “I love to act, and now I get to do it again with the people I love working with, which is amazing.

“I signed a long contract,” he added, “and I can’t wait to keep telling good story. There’s a lot coming. It’s really going to be great!”

Kirsten Storms and Brandon Barash Are Doing Co-Parenting Right With Their Daughter, Harper