The return of Steve Burton to GENERAL HOSPITAL generated unheard of buzz in the soap world, and when it was revealed that his character was really Jason Morgan back from the dead, you could hear the cheers from his overjoyed fans all across the country! And as Jason struggles to reclaim the life that was stolen from him, viewers are on the edge of their seats, so it was the perfect time for his portrayer to answer some of the fans’ burning questions on Twitter!

Naturally, many fans are desperate for a “JaSam” reunion, and with Sam choosing to stand by her husband, Drew, they want to know if it’s coming soon. “Stay tuned,” Burton promised. “The way the story rolls out is great. Lots of drama and emotion, two factors that make for great story and TV. Jason’s priority is Sam’s happiness, so whatever she chooses, Jason will deal with.”

Driving miss Brooklyn. Trust me, she can give some orders lol. #fatherdaughter #nosleeptilbrooklyn #blessed #grateful

Burton left THE YOUNG & THE RESTLESS in late 2016 to spend more time with his family, but by the end of 2017 had been lured back to GH. Although he’s admitted that his kids Makena (14), Jack (11), and Brooklyn (3) don’t actually watch him on TV, he suspects that one of his daughters might follow in his footsteps. “If there’s any actress in the family, it’s Brooklyn,” he confided. However, he also admitted that his lovely wife, Sheree Gustin, probably would never cameo on the soap. “Don’t think so,” he laughed. “Doesn’t like to be on camera!”

During Jason’s absence, Sonny considered leaving the Mob, but Burton can’t imagine his alter ego stepping into those imposing shoes to take control of the business. “No!” he exclaimed. “Let’s hope Maurice Benard or Sonny does not retire. I’m the right-hand man. That’s my job, and I like it. I’ll make Mo stay!” 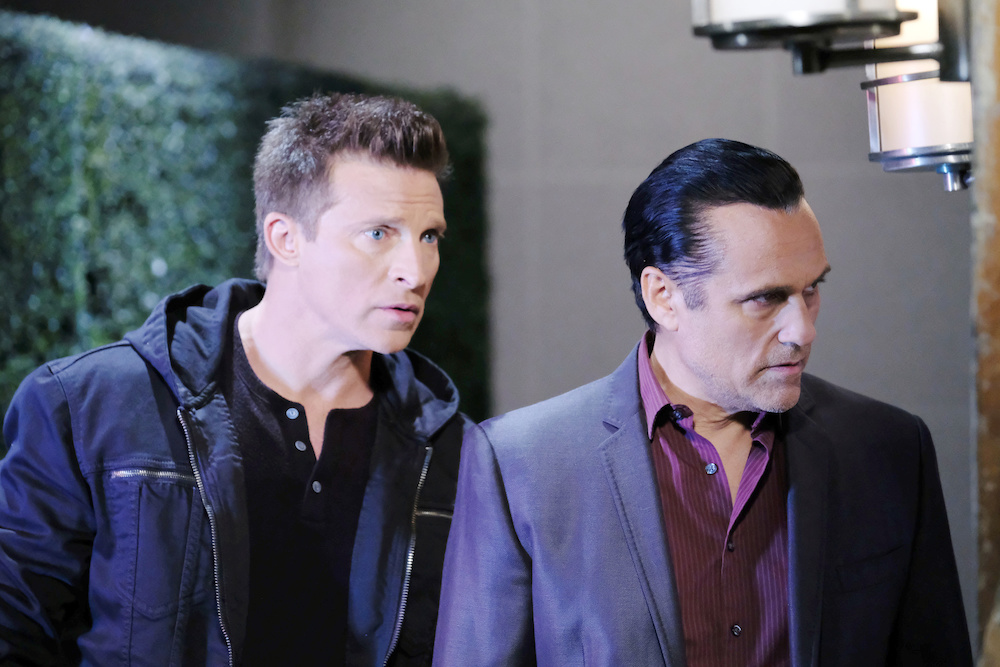 Jason is back at Sonny’s side where he belongs! (Photo Credit: ChrisD/jpistudios.com)

Burton also admitted that while the soap has changed while he’s been gone, he’s also changed quite a bit himself during his time away. “For me, personally, my perspective on life, knowing what a blessing it is and being grateful to wake up every day and have the opportunity,” he confessed of his new outlook on life. “Not that I wasn’t always grateful. But being away gave me a chance to work on myself and grow as a person. So coming back is twice as sweet.”

Because the viewers’ involvement in the Jason/Sam/Drew storyline has been so intense, some of the online comments have gotten out of hand, and Burton has publicly asked fans to please stop bashing the characters and actors involved. “Can’t we all get along?” he wondered. In fact, Burton was thrilled to reunite with his former castmate from his CBS sudser! “Great to work with Billy Miller again,” he declared. “We worked together on Y&R for a year as friends.” 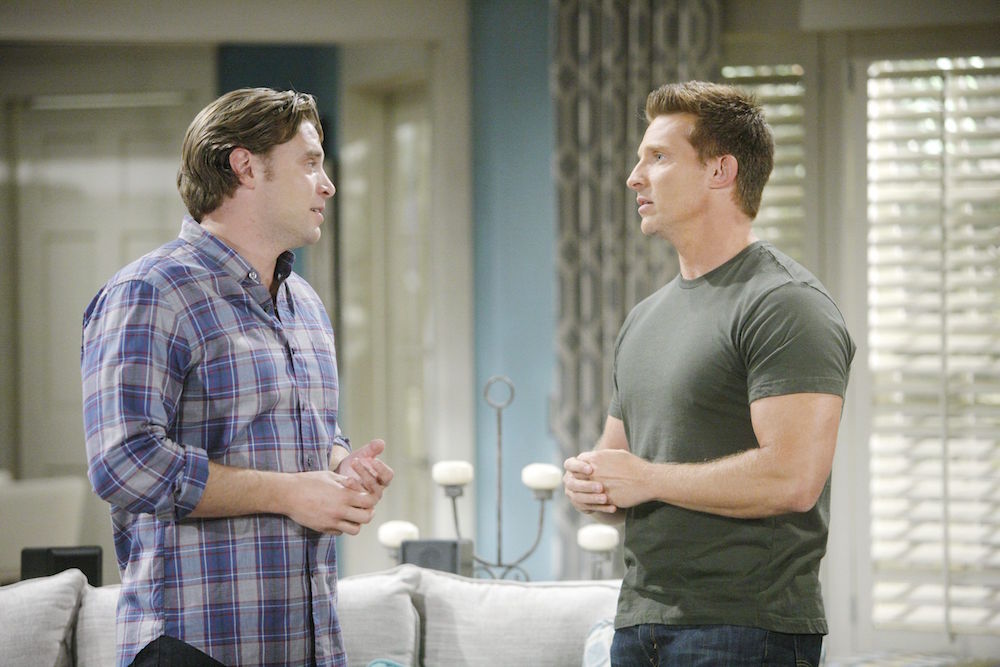 Burton and Miller as Billy and Dylan on Y&R in 2013. (Photo Credit: sean smith/jpistudios.com)