Technically, summer doesn’t begin until Thursday, June 21, but you can jump right in now courtesy of the hot new GENERAL HOSPITAL promo! Set to a bouncy tune with lyrics like “Nothing but good vibes” and “Gimme that sunshine,” the clip showcases all your favorite stars as gorgeous promotional images of them fly by.

Kicking off with Tamara Braun (Kim) playfully blocking William deVry (Julian), the flurry of photos also include fan favorites like Dominic Zamprogna (Dante) and Emme Rylan (Lulu) as well as Roger Howarth (Franco) and Rebecca Herbst (Liz). And the photo of Maurice Benard (Sonny) grinning with a twinkle in his eye is sure to make hearts melt! 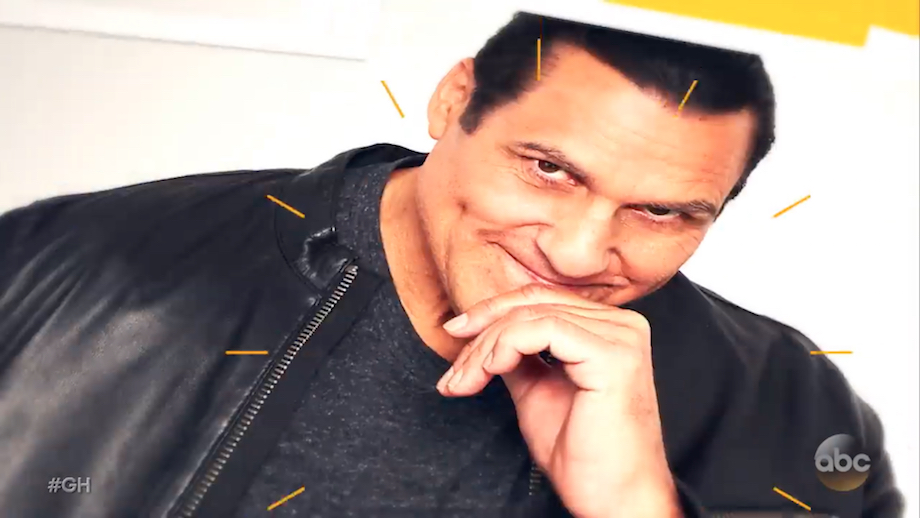 Those dimples should be registered as deadly weapons! (Photo Credit: ABC)

It closes with a group shot that covers a range of the stories that are being told this summer in Port Charles. There’s Wes Ramsey’s Peter and Finola Hughes’ Anna, who will have a lot to deal with now that they know they’re mother and son. And Laura Wright’s Carly is still desperately trying to prove that Nelle has railroaded her into prison. And Michelle Stafford, who will likely be playing Nina’s determination to stay broken up with Valentin. Plus, there’s Wally Kurth’s Ned, because you’ve gotta have a Quartermaine in there!

Check out the bright and sunny summer preview and stay tuned to GH to enjoy all the fun, romance, adventure, and drama! And for more GH news and previews, keep reading the ABC edition of Soaps In Depth magazine!

There's nothing better than summer in Port Charles. ☀️#GH55 pic.twitter.com/kFXwE7RgvU