Years ago, Tamara Braun became an Emmy-nominated soap star for playing Carly Corinthos on GENERAL HOSPITAL, but now she’s back and playing a completely different character, Dr. Kim Nero. So when the actress took to Twitter to chat with fans, they naturally had questions about both of her visits to Port Charles! Braun admitted that it was odd to be back on GH in a different role, but added it was “also great fun to play another character. It’s been 12 years since I was Carly.”

Braun was actually the second actress to play Carly, stepping into the formidable shoes of Sarah Joy Brown, so she is relishing the freedom that comes with creating a new character. “Because there’s no comparison to another actress in the role,” she explained. “We all get to learn about Kim together.” And there is certainly more to learn about the good doctor! “Everyone knows more than they’re letting on,” Braun teased. “You can’t get to know somebody’s full life in the first five minutes. Stay tuned!” 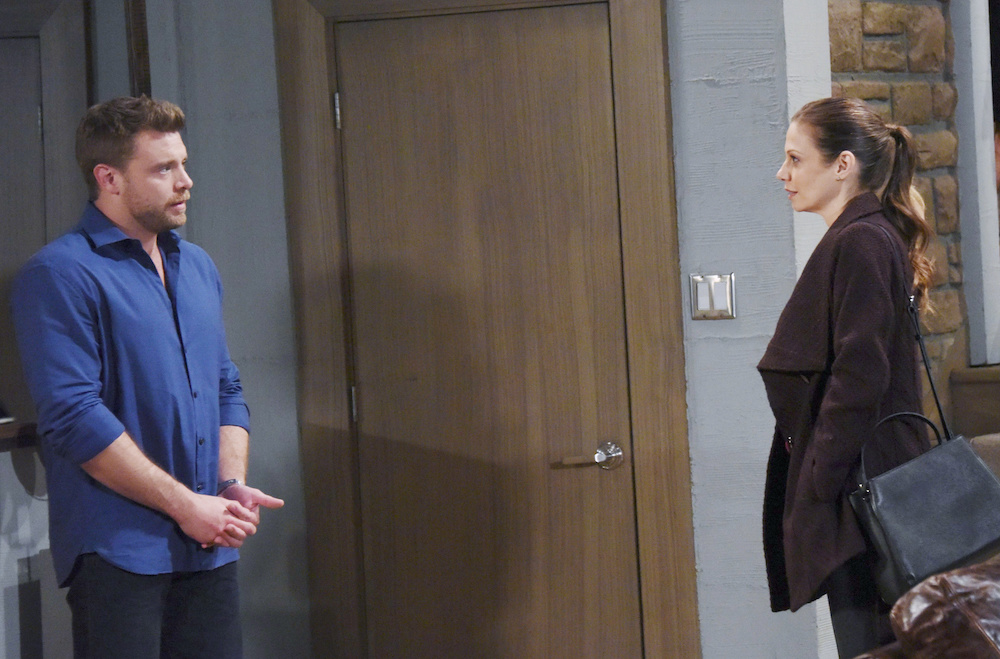 Can Kim help Drew remember his past? (Photo Credit: XJJohnson/jpistudios.com)

And since Kim was introduced as the mother of Oscar Nero and later revealed that Drew Cain is the teen’s father, fans have been eager to learn more about their past. And since Drew looked identical to his twin Jason back when Kim knew him, they’re also hoping to see Braun shoot some flashback scenes with Steve Burton — and so is she! “I think it would be fun,” Braun confided, “and reveal information about Drew and Kim’s past. I hope Steve and I get to work together more.”

Braun also shares a connection with co-star Billy Miller (Drew) as they both appeared on the classic ABC soap ALL MY CHILDREN. She played Reese Williams while Miller played Richie Novak. Unfortunately, they didn’t get to share scenes until GH! “We missed each other,” Braun lamented. And there are plenty of other new faces that the actress wants to work with now that she’s back in Port Charles. “There are so many that I haven’t and would love to,” she enthused. “Jacklyn Zeman (Bobbie) (this time around), Chloe Lanier (Nelle), Maura West (Ava), Max Gail (Mike)… How about everyone I haven’t had a chance to work with yet!”

Stay tuned as more about Kim’s past is revealed, and for more on your favorite GH stars, keep reading the ABC edition of Soaps In Depth magazine!