It would seem that congratulations are in order for GENERAL HOSPITAL alum Vanessa Marcil (ex-Brenda), who announced on Instagram that she’s shopping for a dress. But it’s not just any frock — the actress is in the market for a wedding gown!

Marcil has been engaged to her handsome fiancé MC for quite a while and has occasionally teased fans with photos of various wedding gowns she’s liked from magazines. Way back in April of 2015, she revealed that she’d fallen in love and they were planning their wedding, but now it sounds as though things are getting serious.

Ok!!! Here is my news Finally! I got a mani after exactly 1 year & we are planning our wedding but how do U pick Ur nose with nails? #imserious

MUST SEE: Vanessa Marcil Says She Would “Always” Return to GH

After taking to social media to ask her fans to help her pick a dress, Marcil added a few details to her request. “Strapless or small sleeves,” she replied to one woman who asked what time of year the wedding would be taking place in. A couple dresses that fans suggested were a bit more feminine than what the bride-to-be has in mind. “A little too romantic storybook,” she tweeted. “Think structured Audrey meets punk rock.” Also, she revealed that MC will be wearing a “classic black and white tux.”

It sounds like Marcil wouldn’t be a fan of the gown that she wore as GH’s Brenda when she walked down the aisle with Sonny in 2011 with its lacy skirt, pink bodice, and long train. But Lexi Ainsworth (Kristina) loved the dress so much she borrowed it from the wardrobe department to wear it to the 2017 Daytime Emmy Awards! (Minus the veil, of course!) 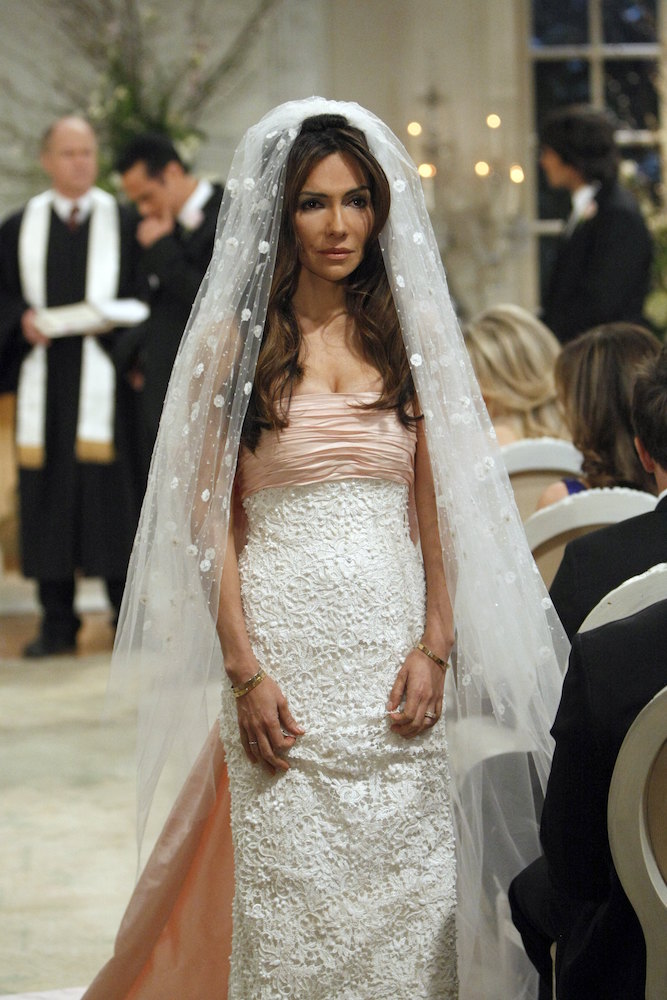 MUST SEE: Bryan Craig Says a GH Return Is “Not Impossible!”

Whatever Marcil does eventually wear to tie the knot with MC, we’re sure that she will look absolutely stunning in it. And hopefully this time she’s serious about planning this wedding and we can look forward to some gorgeous photos of the ceremony and reception in the near future!