For a crime-ridden city like Port Charles, being police commissioner is more than a full-time job, and Vinessa Antoine has risen to the challenge when she took on the role of Jordan Ashford on GENERAL HOSPITAL! And with the cop hard at work to bring together all the pieces to solve the puzzle of the two Jasons mystery, it was a perfect time for the actress to answer some of her fans’ burning questions on social media. Twitter, to be exact, in a special Q&A during an airing of GH!

One of the fans of Jordan’s relationship with Curtis thanked Antoine for bringing more representation to minority characters on soaps, and she appreciated the recognition. “It’s beautiful and wonderful to play,” the actress said of the storyline. “Much needed in daytime.” And on the lighter side of things, Antoine found herself amused at the number of Curtis and Jordan fans wanting them to settle down and have a child together. “Wow,” she laughed. “You guys really want to see ‘Jortis’ get married and get pregnant! Lock it down and put a ring on it already, Donnell Turner (Curtis)!” 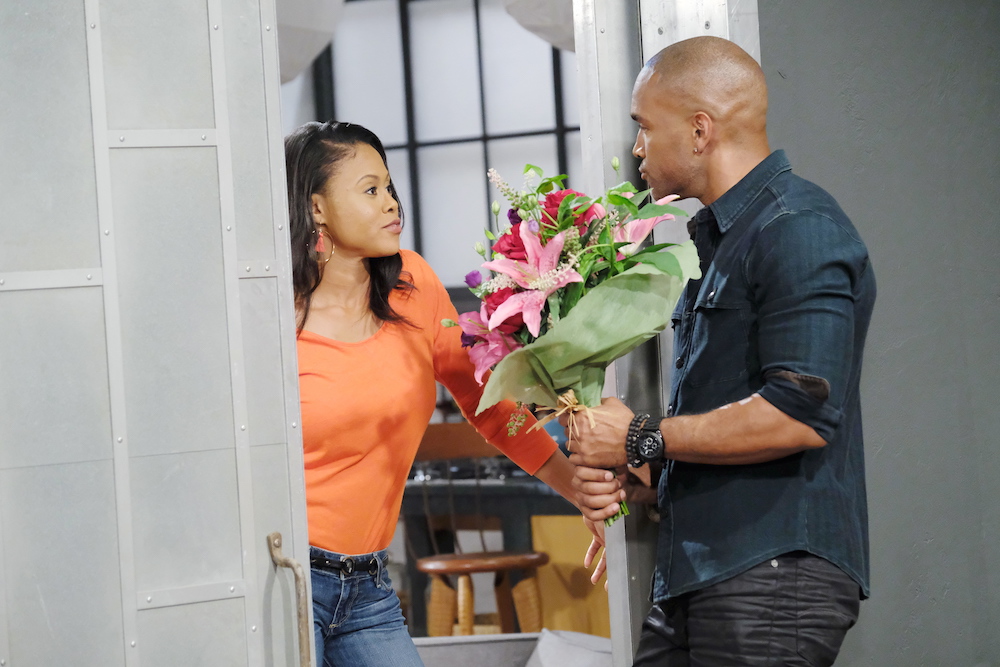 ”You got a ring in that bouquet, buddy?” (Photo Credit: ChrisD/jpistudios.com)

Jordan has come a long way since Antoine began playing the character in 2014, and not just becoming police commissioner of Port Charles. There was also the revelation that she’d been keeping a secret about her family for many years! But Antoine appreciates how her alter ego has grown in those years. “She’s less hard on herself for being a crappy mom and for lying about TJ’s real father,” she mused. “She’s forgiven herself.”

And as she has settled into a rhythm of working at GH, the actress admitted that she still has some odd habits. “I don’t eat before scenes, which always puts me in a funky headspace,” Antoine revealed. “But I just can’t eat until I’m done working.” And while January will be her fourth anniversary on the soap, she declared: “Hopefully will be on for more!”

Stay tuned to see what happens next for Jordan, and for more on your favorite GH stars, keep reading the ABC edition of Soaps In Depth magazine!