Chad Brannon (ex-Zander, GENERAL HOSPITAL) is getting political in his new play, The Tragedy of JFK (as told by Wm. Shakespeare), where he plays the role of Robert F. Kennedy! Using Shakespearian text, the show tells the story of the conspiracy to assassinate the 35th president of the United States and its aftermath.

“To play Bobby Kennedy, I went to school,” Brannon told Soaps In Depth. “Not only as a cast did we study a tremendous amount on the assassination of JFK itself, but I watched and studied countless hours of documentaries, listened to and read books, speeches of Bobby, on the Kennedys and all of the political and worldwide events that were going on which lay as a backdrop for our story. I had to learn his mannerisms, speech patterns, the way he felt about life and issues and the people that surrounded him.” 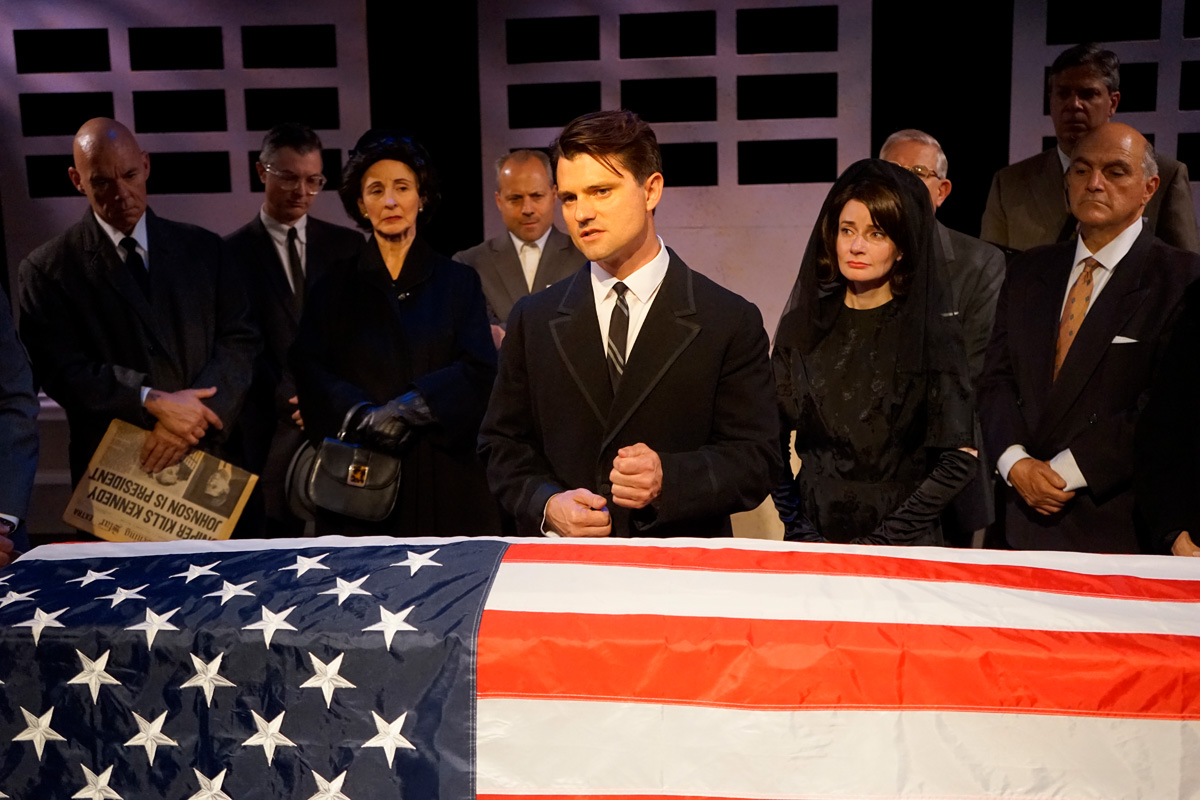 “I feel honored to be a part of this show,” Brannon declared. “The show and concept behind it all has been a fascinating and thrilling journey. Playing Bobby Kennedy will be one of the great joys of my life. He was a truly great man, and I hope to do justice to the depth of who he was and how he is represented in this show.”

Previews of The Tragedy of JFK (as told by Wm. Shakespeare) begin Saturday, Sept. 24, and the show opens on Saturday, Oct. 1, running weekends through Sunday, Nov. 6, at the Skylight Theatre in Los Feliz, CA. For more information and to purchase tickets, click here.