Haley Pullos (Molly, GENERAL HOSPITAL) fired back on social media against men shaming women for how they dress. And elsewhere on Twitter, CBS star Linsey Godfrey (Caroline, THE BOLD & THE BEAUTIFUL) found herself doing something very similar!

“Stop trying to control women and girls,” Pullos tweeted. “Women and girls can wear as much or as little makeup and clothes as they want! And we can do it without being harassed and sexualized! Leave us alone!

It wasn’t clear exactly what comments Pullos was responding to, but in her own timeline, B&B star Godfrey made a point of quoting the people whose tweets she found offensive. 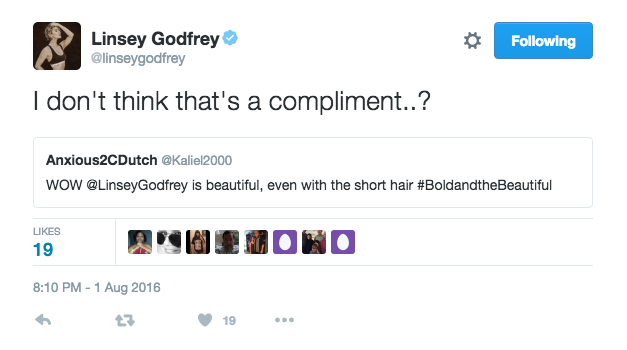 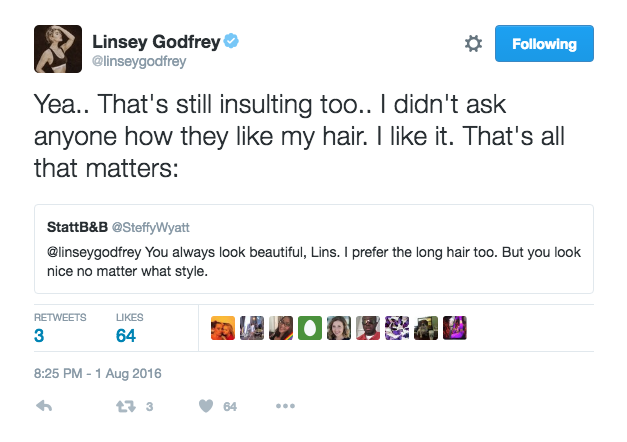 It’s unfortunate that people still can’t look the way they want without worrying about what others might think or say. Especially on the Internet where people can post terrible things while hiding behind anonymous screen names.

But if Pullos and Godfrey can get through to even a few men and make them think about what they’re saying and how their words come across, it will be worth it!