Despite their best efforts, Jason and Sam still haven’t finalized their divorce and things could take an ugly turn in these GENERAL HOSPITAL spoilers. But as Jason continues to hold out hope and Sam insists on making the split official, Carly still feels they’ve made a terrible mistake. But they’re not the only ones in Port Charles who may be making bad decisions!

Peter August is taking his job at Aurora Media very seriously and warns Maxie and NIna that there are going to be some big changes at Crimson. “Your budget is out of control,” he declares, handing Nina some papers. “Here’s one that works.” How will Nina react to Peter coming in and taking over?

Over at Charlie’s Pub, Lulu sits down with Nathan to do their interview for the story they hope will lure Faison out of hiding. “When Faison finally shows his face,” Lulu promises, “it’ll be to you.” Unfortunately, both of them are likely to regret stirring up this particular hornet’s nest! 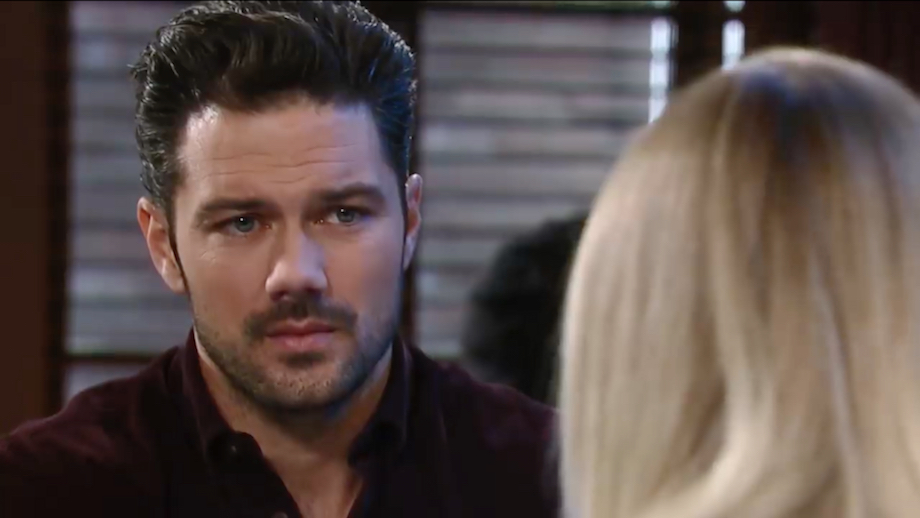 Nathan could be making the biggest mistake of his life! (Photo Credit: ABC)

Julian is working behind the bar when Kim stops by and he introduces himself to the doctor. “Nice to meet you,” he says, shaking her hand. “I’m Julian.” What brings her to Charlie’s Pub? And after the way she reacted to Sonny’s business interests, how will she feel about Julian? Meanwhile, her son heads over to the gym for some advice. “I wanted you to teach me how to fight,” Oscar admits to Drew. Why does the teen want to learn how to fight? And will Drew agree to help him out?

It’s clear that Jason has only agreed to divorce Sam because he wants to do whatever it takes to make her happy, even if it comes a the cost of his own happiness. “Your text said you had something,” he says impatiently to someone. Back at home, Carly continues to believe that Sam and Jason belong together. “Even the best of us can make wrong turns,” she argues to Sonny. But Sam is determined to follow through on her decision to leave Jason behind and start fresh with Drew, despite Alexis’ attempts to get her to reconsider and explore her true feelings. “You’re fired,” she announces. Can anyone stop Sam from doing something she will live to regret?