With all the casting changes currently going on at GENERAL HOSPITAL, some fans are getting worried for their favorites, especially Matt Cohen (Griffin), who hasn’t had a big storyline in… well, so long ago we can’t even remember!

A GH “fan” named Cindi Turner tweeted at Cohen in celebration of his predicted firing from the soap, and the actor’s supporters went into an uproar. 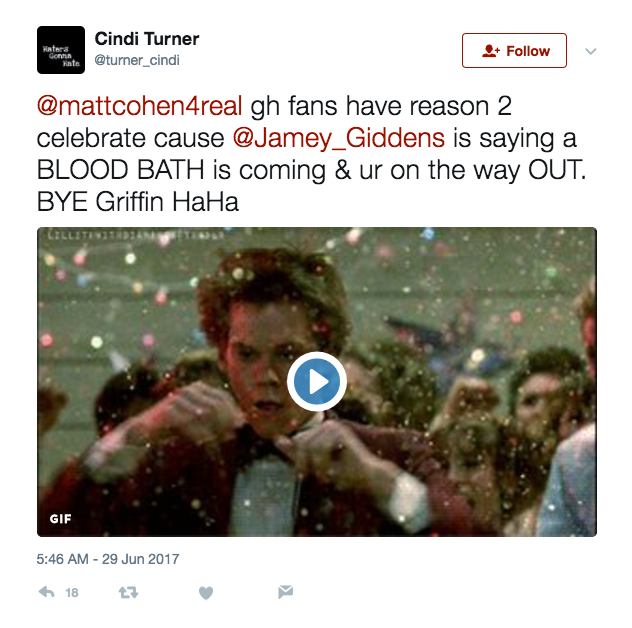 MUST SEE: Rebecca Budig Confirms Her Exit From GH

Amusingly, Cohen replied in the thread for this tweet asking what it said because he was apparently blocked by Turner, so he wasn’t even able to see the hateful post she sent to him. But his fans assured him it was just a hateful internet troll and not to worry about it. So Cohen returned the favor, assuring them not to worry about his status at GH.

“Hey GH fans,” he tweeted. “I am not going anywhere. Love ya guys. Thank you for the amazing support. You make me feel like dancing!” 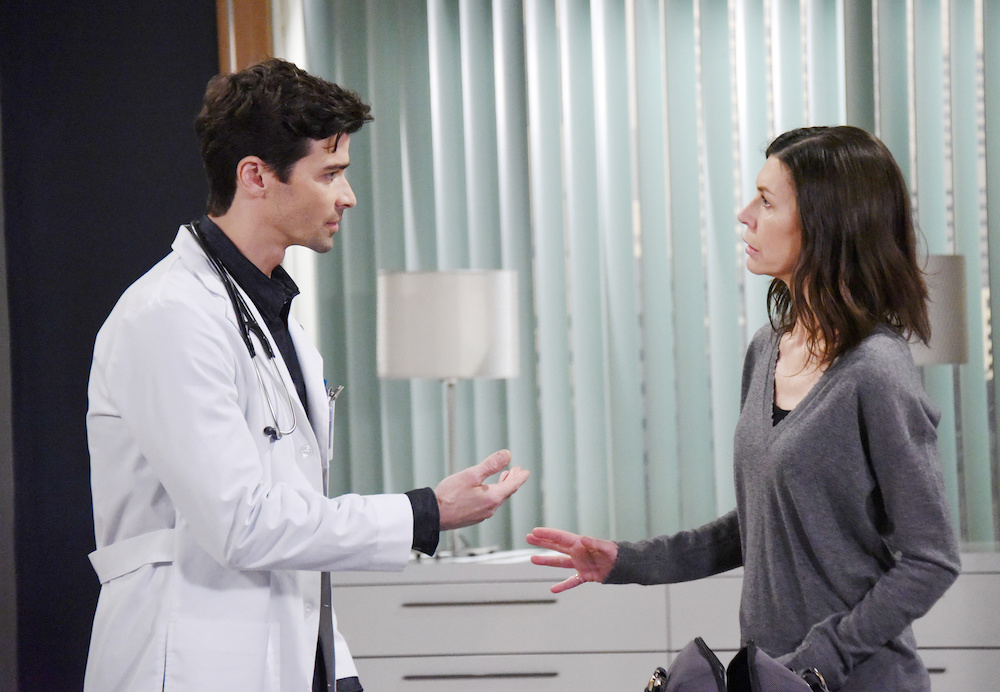 Cohen joined GH in February of 2016 as the hunky new neurosurgeon at General Hospital, Griffin Monroe. Introduced as a former medical school colleague of Lucas, Griffin bonded with Sonny and was revealed to be Duke Lavery’s son. As he’s helped save lives, Griffin has acted as a shoulder to lean on for many character, but has never really had a story of his own. And as a gorgeous doctor, it’s absolutely criminal that he hasn’t had a serious romance with an eligible Port Charles bachelorette!

But now that Cohen has confirmed that his status at GH is secure for the time being, we can only hope that the writers realize what a gem they have in this actor and give Griffin his own frontburner storyline — and make it a passionate love story!

Brooklyn Rae Silzer Got a Beautiful Haircut for a Very Special Cause!