It was a special ONE LIFE TO LIVE reunion when Kristen Alderson (Starr) and her brother, Eddie Alderson (Matthew) got together with former castmate Ty Treadway (Colin/Troy)! The siblings and their mother, Kathy, spent the evening with Treadway, his wife, Monica, and their children Samantha and Ryder.

“Look at the amazing family we went to dinner with tonight!” Kristen shared on Instagram. “Such a great reunion! Ty and Monica Treadway and their awesome kids.”

The hashtag she used, “#TheManOnTheWheel,” is a reference to Treadway’s role of Troy MacIver, who found himself tied to a giant wheel at an abandoned funhouse by Lindsay Rappaport. Star found the poor guy and kept bringing him food until someone believed her story about the man on the wheel and freed him. We’re sure Dave & Busters was a much more comfortable place to eat, though!

Treadway originally played Dr. Colin MacIver on OLTL in 2000, but the villain was killed off after a year. He returned in 2001 as his nicer twin, Troy, who unfortunately also went a little off the rails and was sent to prison in 2004. Though he returned to reprise his role for some of the soap’s final episodes in 2012. Treadway has also hosted TV shows, like SOAP TALK, AMERICAN IDOL EXTRA, and MERV GRIFFIN’s CROSSWORDS. In 2010, he returned to daytime as Dr. Ben Walters on DAYS OF OUR LIVES. 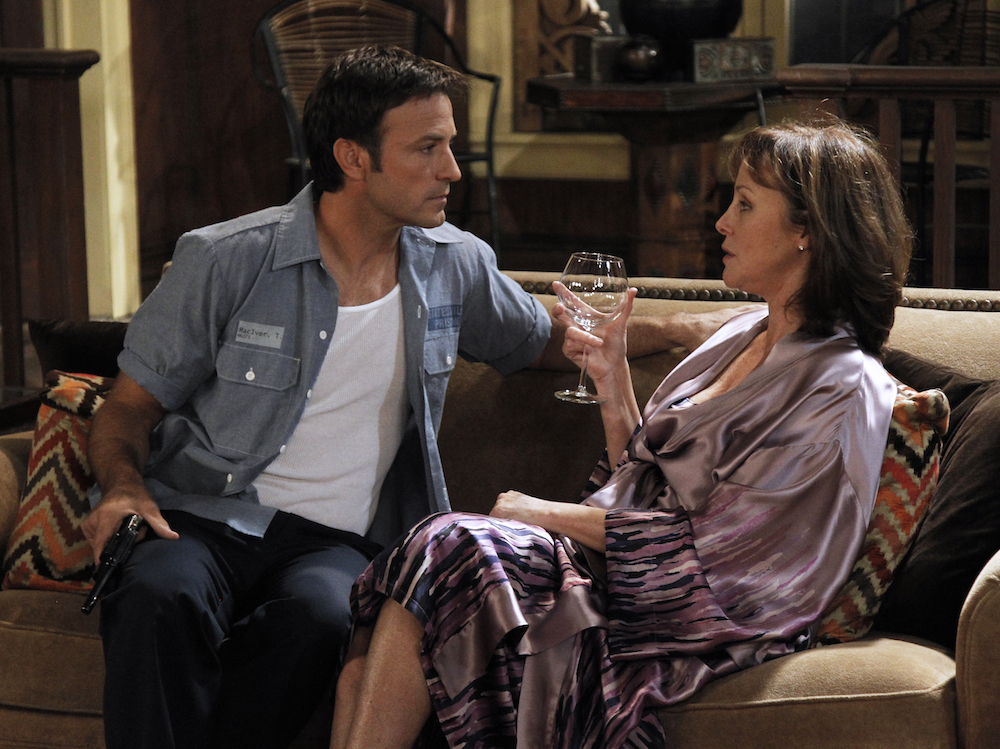 Treadway as Troy opposite Hillary B. Smith as Nora on OLTL in 2012. (Photo Credit: Lou Rocco/ABC)

MUST SEE: Kristen Alderson Dishes a Possible Return to GH!

Following OLTL’s cancellation, Kristen Alderson continued playing Starr on GENERAL HOSPITAL until legal complications forced the soap to have her play Kiki Jerome instead. She left GH in 2015 and has been pursuing a career in real estate.

In November, 2016, Eddie Alderson revealed that he had been diagnosed with lymphoma cancer, but thankfully, come April 2017, the young actor was able to report that he had completed his final chemotherapy treatment!

We love seeing that our favorite OLTL actors are still doing well, and that they still stay in touch with each other. Since we no longer get to enjoy watching their lives in Llanview unfold, we’ll have to settle for real life!

Relive Some of OLTL’s Most Memorable Moments!