If you missed the last few minutes of yesterday’s GENERAL HOSPITAL, we’ve got you covered! Due to the breaking news of the van attack in Toronto Canada, some markets interrupted the ending of the soap for life coverage of the tragedy. So to help out, ABC released the final five minutes of the April 23 episode to make sure fans don’t have to miss a moment of the drama in Port Charles.

In those final scenes, Nina continued to try and keep Maxie away from Peter as Valentin warned him to leave Port Charles. But Peter refused to go anywhere and ordered Valentin to deal with his meddlesome wife. Jason, Spinelli, and Sam returned from the Swiss bank with an update on what they found in Faison’s safety deposit box and presented Anna and Robert with the conundrum box they found inside. Sonny and Carly returned home without Mike and Avery and informed Michael they wouldn’t be coming home tonight. They were so upset that neither of them even acknowledged Nelle’s presence! Nelle thanked Michael for feeding her and said goodnight. 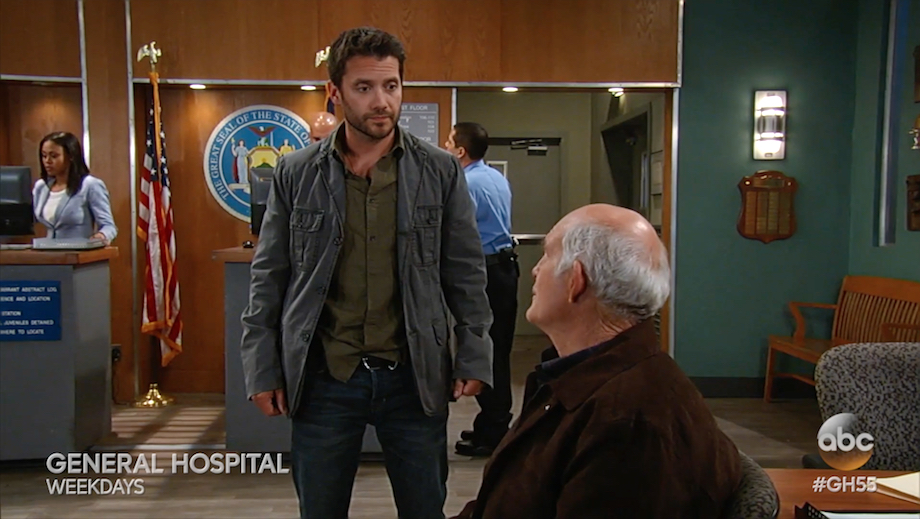 Ava put Avery to bed and Griffin tried to persuade her to work things out with Sonny and not pursue this vendetta, but his pleas fell on deaf ears. Mike opened up to Dante about how difficult it was when he comes back to himself and realizes what he’s done and how people don’t know how to talk to him anymore. Dante comforted him and then took him off to his cell for the night. Carly reminded Sonny that if Ava tries to make trouble for them, they can use the recording they have of her and Paul Hornsby, but Sonny informed his wife that he would take care of Ava because she has her own issues to worry about. Carly was shellshocked to be reminded that Sonny still doesn’t believe that someone is trying to drive her crazy.

Watch the ending of yesterday’s GH for yourself right here so you’ll be all ready to watch the drama continue today!