When Wes Ramsey joined the cast of GENERAL HOSPITAL as the mysterious Peter August back in November of 2017, the actor was a familiar face to some soap fans who recognized him from his roles as Sam Spencer on CBS sudser GUIDING LIGHT and Owen Kent on NBC’s DAYS OF OUR LIVES. And what some viewers didn’t realize is that he is the real-life love of Laura Wright (Carly), who he first met when they appeared together on GL! “She’s just an incredible tour-de-force,” Ramsey told Soaps In Depth of his lady love. “I don’t think anything beats working with her — and whether we actually have scenes together or not, we’re still working together in our way.”

While the storyline of Peter actually being Henrik Faison hasn’t really crossed path’s with the tale of Carly being gaslighted by Nelle, the two actors spend plenty of time together off-camera. “Not only did she help me prepare for my screen test and become a part of this cast,” Ramsey revealed, “but when we’re at work or are unwinding after a long day, we enjoy sitting back and talking about story arcs, character through-lines, and our inspiration, motivation, fears, and hopes.”

In fact, in the six months that Ramsey has been on GH, he and Wright have only acted together once. “We wondered whether the writers created that interaction to give something to fans, rather than keeping us in separate quarters forever,” he mused. 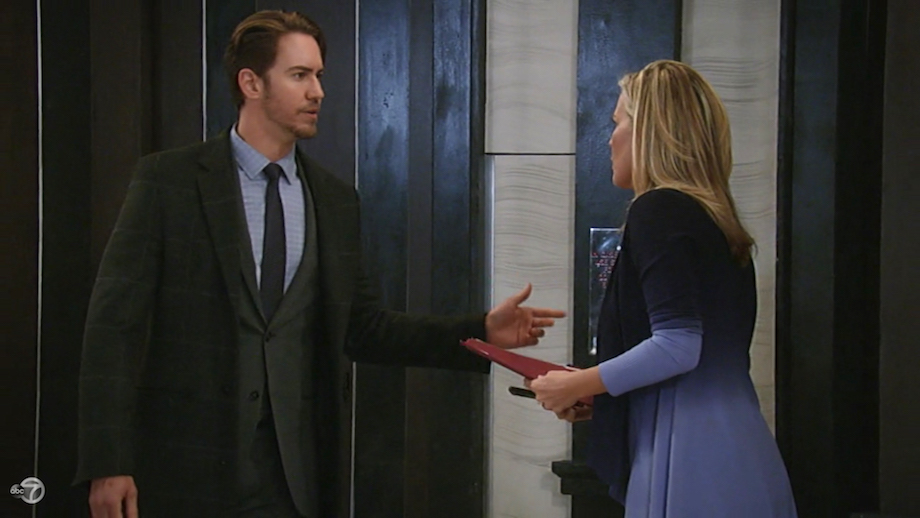 Carly probably should have checked in on her tenant more often! (Photo Credit: ABC)

But even if Wright is never again his scene partner on screen, Ramsey is glad he has her as his partner in life. “We both feel lucky we get to do what we love and want to become better actors, performers and storytellers,” he declared. “We’re not resting on our laurels. In that sense, she’s my ultimate teammate. I feel so grateful to have her in my corner.”