There’s a reason why GENERAL HOSPITAL’s Sonny Corinthos is known as the “Teflon Don” — the guy can take a licking and keep on ticking! He’s been beaten, strangled, poisoned, stabbed, and blown up but lived to tell the tale every time. But among the criminals of Port Charles, guns are probably the most popular weapon, so Sonny has also taken his fair share of bullets! And while Sonny is shot at quite a lot, he doesn’t usually get hit. But even when he does, he can usually shake it right off like it’s just a bee sting!

Sonny is no fool, so when he went to meet with the mysterious person who contacted him about Spencer, he had on a bulletproof vest so when Garvey shot the mobster, Sonny survived and fired back, learning where Spencer was being held captive. Unfortunately, Sam came along, and under the influence of her delusions, pulled out a gun of her own and took aim herself!

Thankfully, Sonny has been through and survived worse than this! Even way back when he first arrived in Port Charles, gunshots were easy enough to shake off. He was hit while breaking Frank Smith out of jail, and survived even after passing out while driving and crashing into Brenda’s car! He was also shot by Detective Brian Beck and criminal Javier Ruiz, but lived to tell the tale.

MUST SEE: The Past, Present and Future of GH Supercouple Sonny and Carly 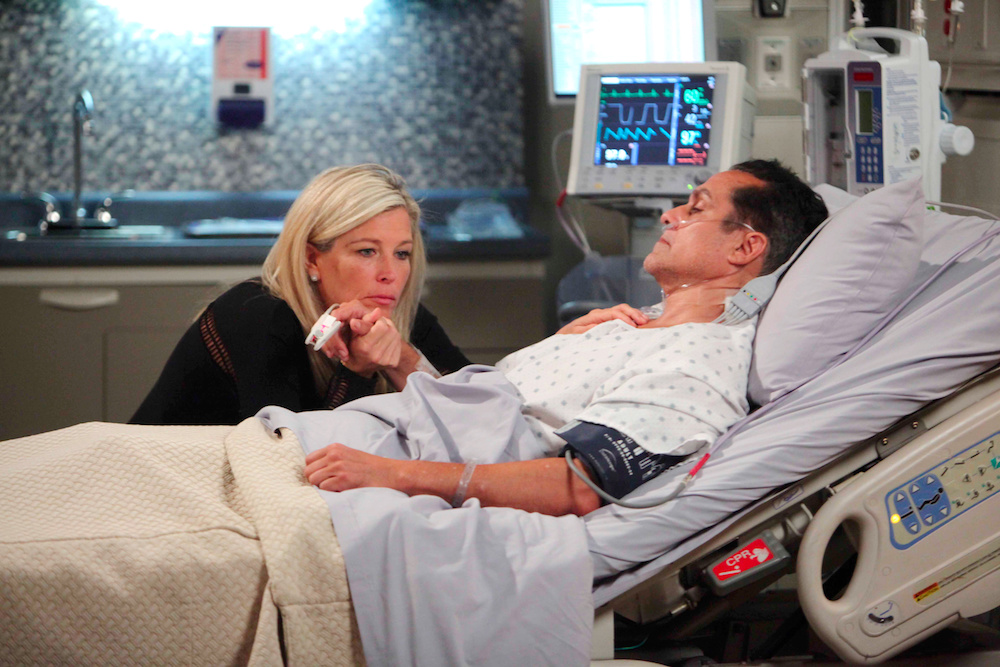 Anthony Zacchara managed to put a bullet in Sonny, but it didn’t slow him down much. And a few years later, Sonny took a bullet meant for Dante fired by Ronnie Dimestico. But when Paul Hornsby shot him in 2015, the bullet lodged near Sonny’s heart requiring dangerous surgery to remove. Unfortunately, the injury left him temporarily paralyzed. But you can’t keep a good man down, and eventually, Sonny was back on his feet again!

Even though Sonny was prepared for Garvey, Sam’s arrival took him by surprise. But fans shouldn’t worry that Maurice Benard is being killed off the soap — he’ll bounce back from this and come back stronger than ever!

Vanessa Marcil Is Planning Her Wedding, but Still Needs the Perfect Dress!

Bryan Craig Says a GH Return Is “Not Impossible”