After 14 years on THE YOUNG & THE RESTLESS, Greg Rikaart (Kevin) is leaving the soap! The actor joined Y&R back in 2003, and now has taped his final scenes to last air sometime in August. Although the soap routinely declines to comment on casting news, sources say his contract was simply not picked up and Kevin will be written off the show. However, Rikaart himself spoke out on Instagram to address his loyal fans.

“Fourteen years ago, I booked a two-week-long gig on Y&R,” Rikaart shared on Instagram. “In my wildest dreams, I could never have imagined what it would turn into: A career-defining experience that has brought me so much happiness and fulfillment. 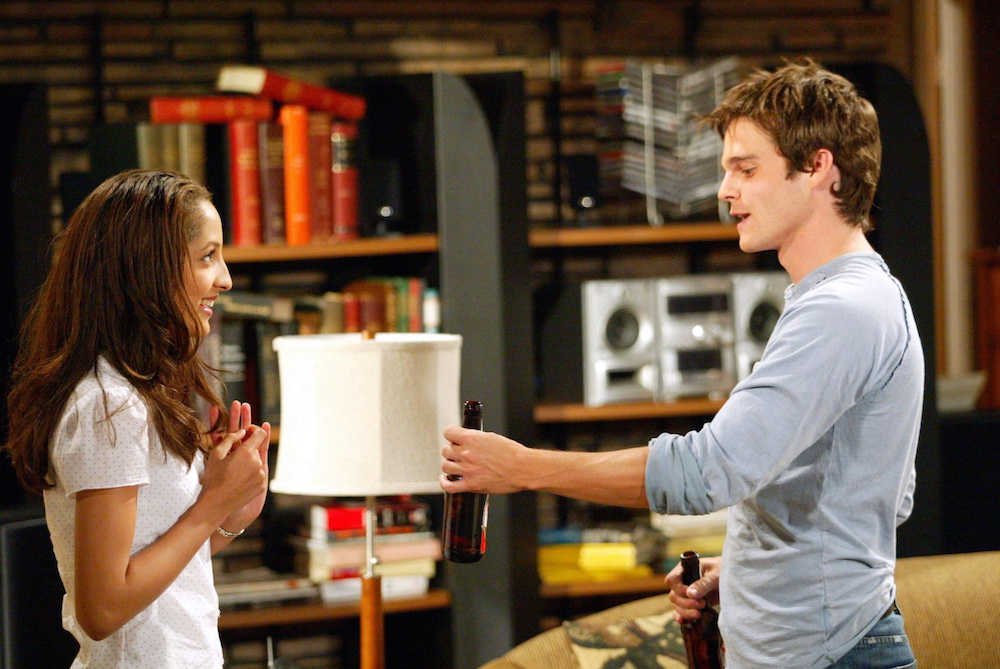 Christel Khalil (Lily) and Rikaart in a scene from 2003. (Photo Credit: Aaron Montgomery/JPI)

“Playing Kevin and watching him evolve over the years has mirrored my real life in so many ways,” he continued. “We both found love, both became dads, and we have more gray hair now than we did in 2003. I have such love and fondness for the cast and crew of Y&R that when I watch Kevin enjoying himself in scenes, it’s hard to know where he ends and Greg begins.”

Kevin Fisher first appeared in Genoa City as an internet predator who gave Lily chlamydia and tried to kill Colleen. But after a stint in prison, the young man began to reform, and soon became a fan favorite among Y&R viewers. Kevin had relationships with a few different women in Genoa City, but it was his love for Chloe that created a supercouple. Unfortunately, Chloe was a little unstable, so the relationship was rocky, although it did give Kevin a daughter, Bella. 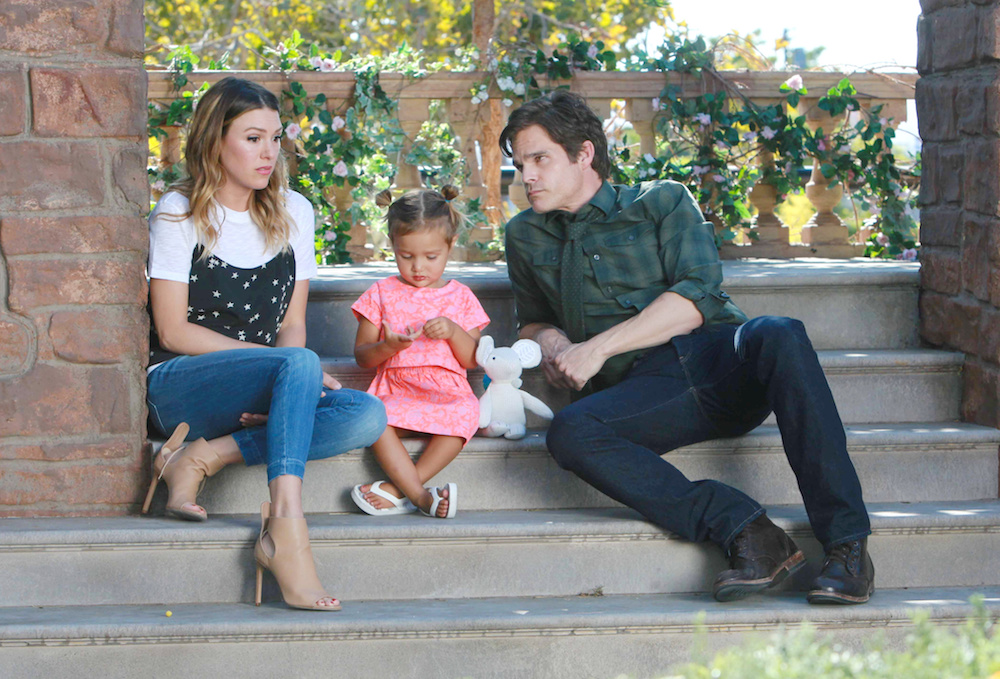 MUST SEE: Elizabeth Hendrickson Reveals What’s Next for Her After Y&R!

During his time on Y&R, Rikaart has received four Daytime Emmy nominations for Outstanding Supporting Actor and took home the trophy at the 2005 ceremony. In addition to his work in daytime, Rikaart has appeared in episodes of MAJOR CRIMES, BONES, CSI: MIAMI, and THE CLOSER.

In his personal life, Rikaart married his longtime boyfriend Robert Sudduth in Maui on May 9, 2015. The couple welcomed their first child, a son named Montgomery, via a surrogate on June 12, 2016.

We fight hate, fear, bigotry, homophobia and injustice in the world with love, intellect and enlightenment. In the truest and most pure definitions of the latter words, it is with full hearts that Rob and I take great pride in introducing our son, Montgomery Argo Rikaart-Sudduth. He was born in Roseville, CA at 5:01pm on 6/12/16. He is light and love and magic. Monte, Rob, myself and Marcela, our trooper of a surrogate, are all doing fantastic.

MUST SEE: Everything You Need to Know About Y&R’s Dina Mergeron!

Since it’s being reported that Kevin is not being killed off, fans are hoping that he’ll get to leave Genoa City with Chloe and Bella so they can all live happily ever after. And perhaps one day, he’ll return to Genoa City for another visit! Rikaart admitted he isn’t sure how he will be written out of the soap or what his next career move will be. “At the moment, it is unclear what lies ahead for Kevin and I,” he confided, “as we will be saying goodbye to Genoa City for a while. I am sad to leave a place I hold so dear, but also really excited about what the future holds.”

The actor thanked his fans and hoped that they will stick around as he embarks on the next adventure in his life. “I cannot overstate how much gratitude I have to all of you who have been such loud cheerleaders for me,” Rikaart declared. “You’ve all enriched my life. So stick around. The journey is just beginning.”

Get to Know Y&R’s Gloria, the Fabulous Judith Chapman!