Fans of THE YOUNG & THE RESTLESS were shocked when Jill and Colin left the canvas in March to work on her bucket list, fearing that was the last they would see of portrayers Jess Walton and Tristan Rogers. But at the recent Daytime Emmy Awards Nominee Reception, Walton told Soaps In Depth that they’re returning to work soon and the pair are expected to be back in Genoa City sometime in June. Although on June 1, Rogers tweeted: “Looks like I’ll be back in July.”

At the time of Jill and Colin’s exit, Rogers tweeted: “Glad you all liked the end of that storyline. There are no plans for this couple to reappear, so they’ll be away for a while.” However, Walton quickly assured Y&R fans that her co-star was mistaken, and they would be back soon enough. “Just taking some time off,” she promised.

Walton has been playing Jill Abbott since 1987, earning Daytime Emmy Awards for Outstanding Supporting Actress in 1991 and Outstanding Lead Actress in 1997. The daytime vet is once again nominated for Lead Actress in 2017. But she divides her time between the Y&R studio in Los Angeles and her home in Oregon, where she and husband John James can enjoy time with their family.

Spending the day at Sparks Lake with my family. The world is mine 🙂 #youroregon

“I take care of my grandkids,” Walton said of the Oregon side of her life. “I’ve got two grandsons, and we’ve got a third — a girl! — coming. I’m really excited.”

Of course, the weather in Oregon can’t always compare to California! “This winter, I got antsy,” the actress admitted, “because we were really trapped in the house because there was so much snow and it was so cold. I just love being down in L.A. I love this weather!”

Walton also declares that she loves the way the soap has transformed under new executive producer Mal Young and absolutely loves going to work. “Y&R’s gotten really good!” she enthuses. 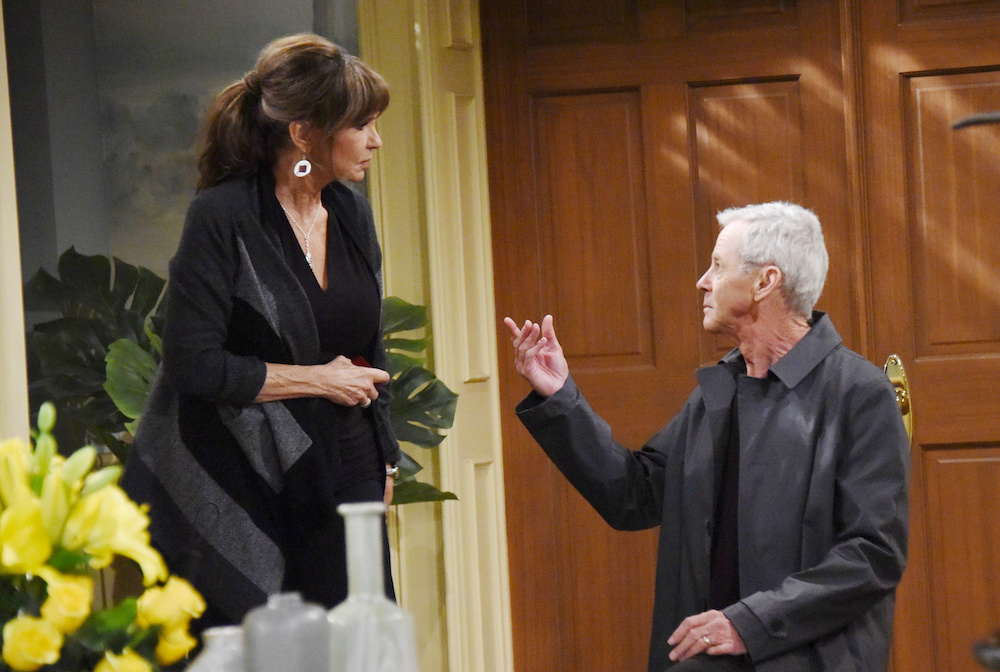 MUST SEE: Elizabeth Hendrickson Reveals What’s Next After She Leaves Y&R!

So fans can look forward to seeing Jill and Colin back in Genoa City very soon, and as soon as we have specific air dates, we’ll be sure to pass them along! Might Jill return first, with Colin to follow shortly thereafter? Could the couple have had another spat? Stay tuned!