Another fan favorite is on their way back to DAYS OF OUR LIVES — Lisa Rinna is bringing Billie Reed back to Salem in early 2018! According to Entertainment Weekly, the actress has already begun taping her scenes this week, but due to the soap’s extended production schedule, she won’t begin airing until early next year.

Rinna first joined DAYS back in 1992 as Billie, and left in 1995. She reprised her role from 2002-03, and also returned again in 2012 for a brief stint. But she has also found success outside of daytime with roles on MELROSE PLACE, VERONICA MARS, and most recently, as a castmember of THE REAL HOUSEWIVES OF BEVERLY HILLS. She’ll be back for the Bravo reality series’ next season, so it’s likely there will be some behind the scenes footage of her on the DAYS set shooting her return. 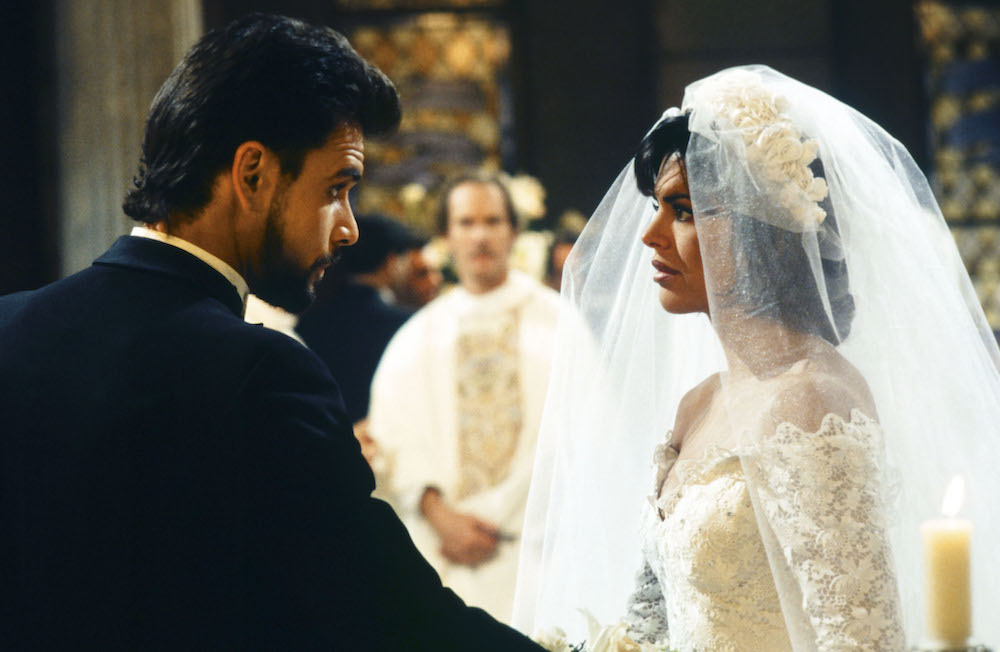 The role of Billie has also been played by Krista Allen and Julie Pinson (Eve, PORT CHARLES; Janet, AS THE WORLD TURNS), but Rinna originated the character and is also the actress to be seen most recently as Billie left for a job in Europe in 2013.

During her last appearance in Salem, Billie claimed to be helping her mother, Kate, run Countess Wilhemina Cosmetics but was secretly working with the ISA to dig up dirt on Stefano. Frustrated with Kate’s scheming, Billie ultimately opted to leave town, but made peace with her mother before heading to Europe.

Unfortunately, DAYS is remaining mum on what brings Billie back to Salem, but it’s likely she’ll have something to say about Kate’s marriage to Andre! Rinna isn’t the only big name coming back to the soap in the coming months. DAYS has announced the returns of Alison Sweeny’s Sami, Chandler Massey’s Will, and Louise Sorel’s Vivian. Which other fan favorites might be next? Stay tuned! And for more DAYS casting news, keep reading Soaps In Depth magazine!