The Abbott family matriarch, Dina Mergeron, is returning to Genoa City when Marla Adams reprises her role on THE YOUNG & THE RESTLESS! The fan-favorite character is reportedly returning in the episode scheduled to air Wednesday, May 3.

Dina first appeared on Y&R in 1983, as John Abbott’s ex and mother to Jack, Ashley, and Traci. During her time in Genoa City, Dina caused quite a bit of trouble for Ashley. First, Ash was shocked to learn that her fiancé, Eric, was a past lover of her mothers! Then she fell in love with Marc, who turned out to be Dina’s stepson!

Dina was also good friends with Katherine Chancellor, although she accidentally shot her girlfriend while aiming at Brent Davis, who had destroyed Ashley’s life by revealing he, not John Abbott, was her real father. 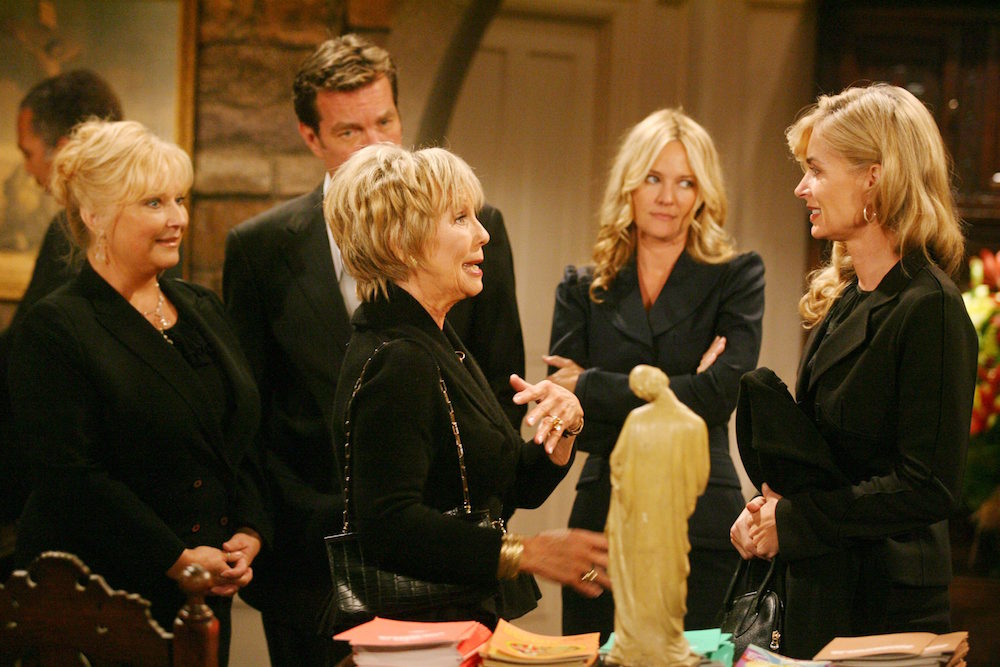 In later years, Dina was rarely seen outside of the occasional visit, remaining in France where she runs Mergeron Cosmetics. In 2008, Dina made a rare trip to Genoa City to attend Katherine’s funeral when her dear friend was presumed dead.

Actress Adams has also appeared on DAYS OF OUR LIVES as Claire, THE BOLD & THE BEAUTIFUL as Beth, GENERATIONS’ Helen, and CAPITOL’s Myrna. In primetime, she appeared on series such as THE LOVE BOAT, HART TO HART, and STARSKY AND HUTCH throughout the ‘70s and ‘80s.

At this time, there are no additional details about what brings Dina back to Genoa City, or how long Adams’ stint on the soap will be this time. So stay tuned!